The venue for the Kernow Band was in the lovely historic town of Launceston with its majestic ruined castle on the hill and picturesque Town Hall. The Carnival was one the Band had not attended before and was a prestigious event. The weather was cloudy with a light chilly breeze but there was no rain. The members met in their reserved parking places on the ground floor of the multi storey car park at 17.30 and were grateful for the use of changing rooms in the Town Hall as well as the prepared refreshments in the tea room, prepared by the Carnival Organisers. Dress code for the evening was No 1s with Bonnets and before the light faded the members crossed the road to the impressive arched entrance to the ruined castle for a photoshoot.

At 18.30 hours two buses ferried the eight pipers and four drummers to the start of the Carnival in the Industrial Estate at the bottom of the Town. The Square was rapidly filling up and a carnival atmosphere abounded as people milled around the food stalls and children held the colourful helium filled balloons. There was the accompanying sound of the Samba Band in the Town Square while in the quieter streets where people patiently awaited the arrival of the procession, there was a quartet of  strolling traditional jazz players playing to the crowds.

19.00 hours and two fire engines and support engine led the parade along 1½ miles of mainly steep uphill roads before entering the South Gate. The Band looked impressive as they came through the Arch and marched along the road to the Square where they stopped and played “The Last of the Great Whales” to riotous applause. All along the long route the crowds had been welcoming and cheering in their appreciation of their music.

Once outside the Town Hall the Band was dismissed and retired to the Town Hall to partake of the buffet generously provided by the Carnival Organisers. It had been an enjoyable and impressively large carnival. 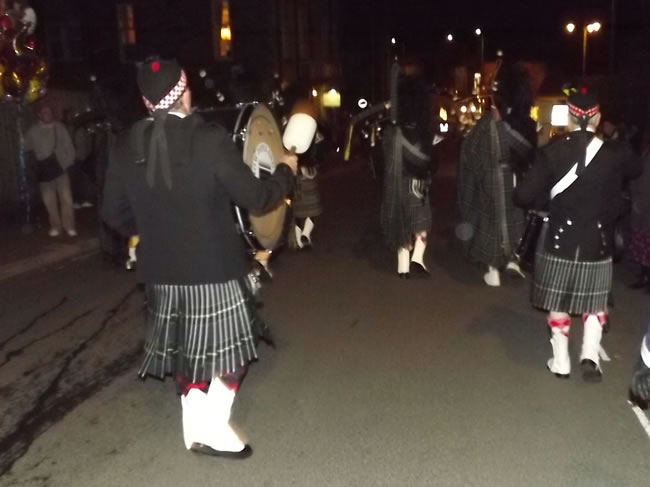 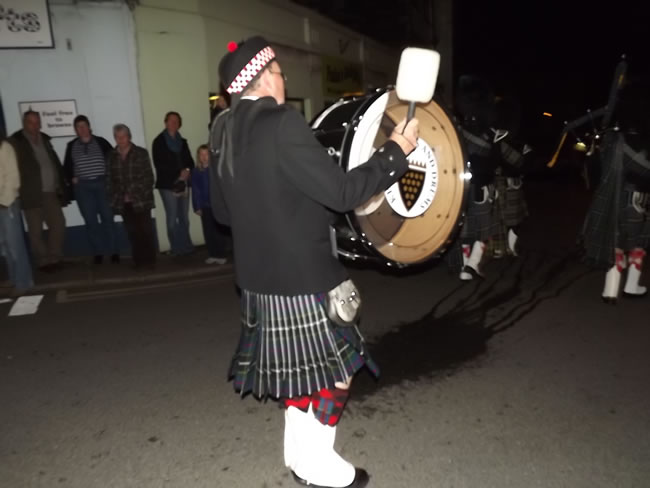 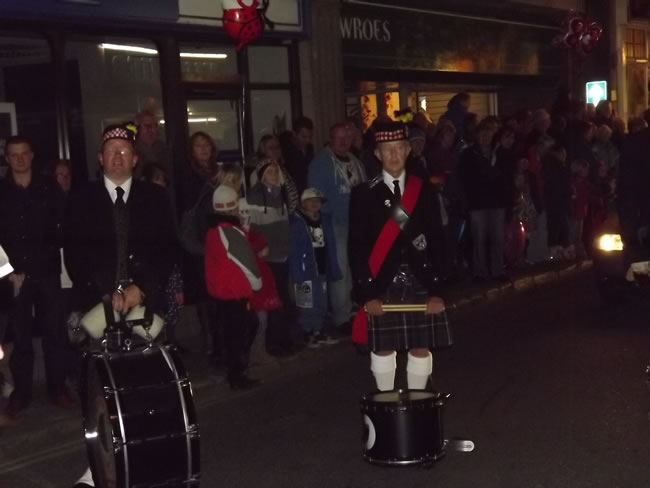 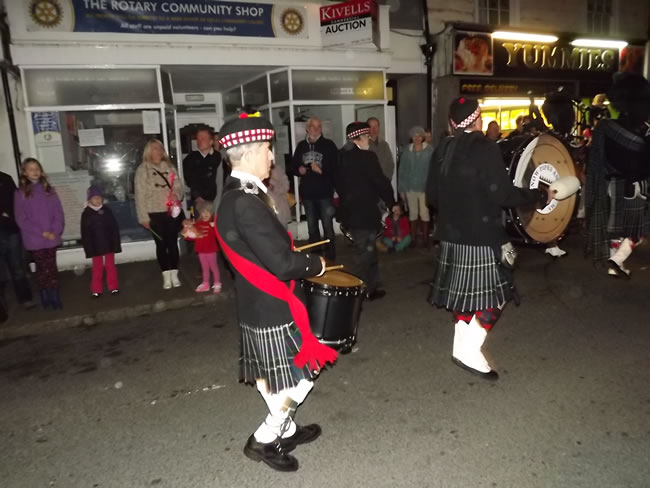 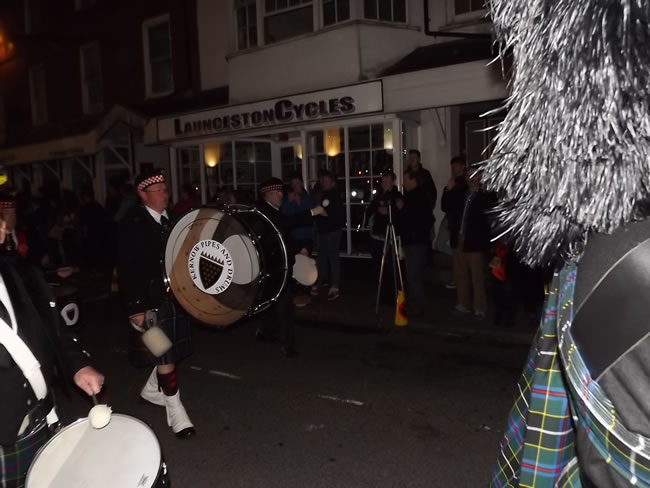 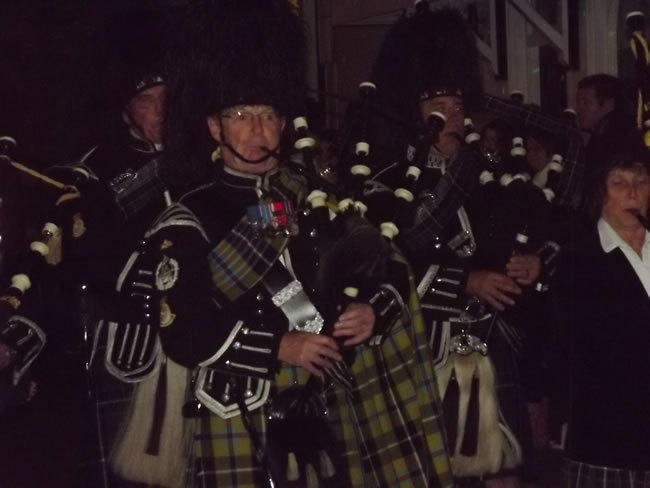 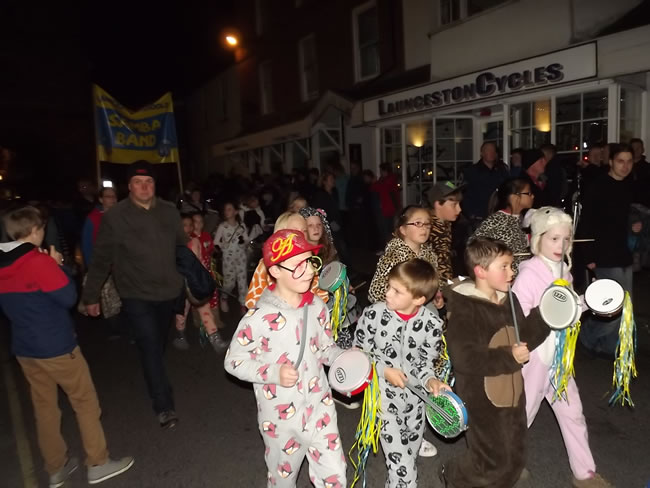 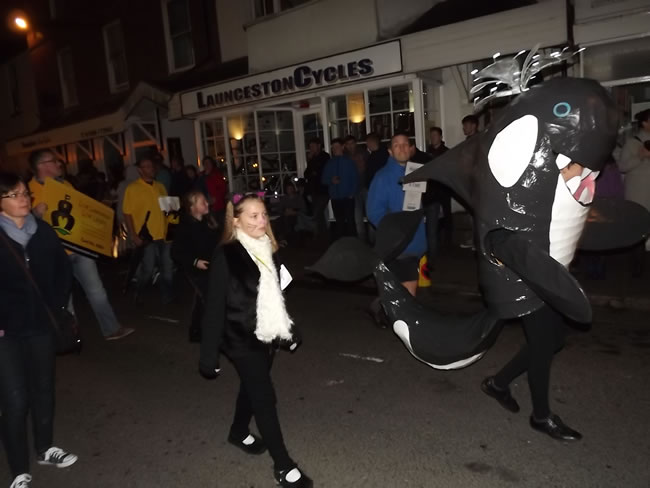 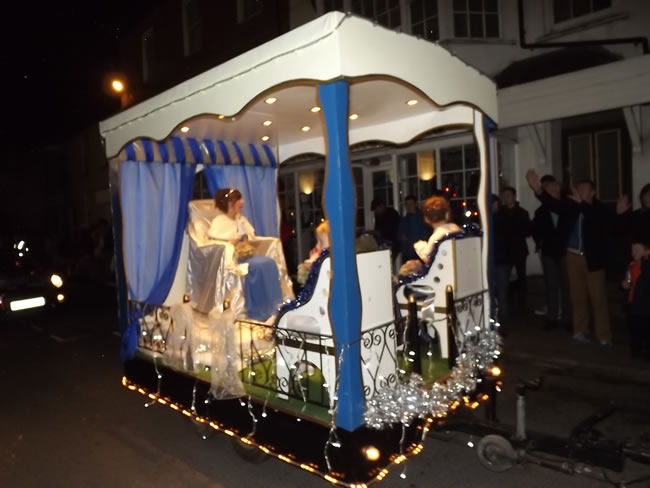 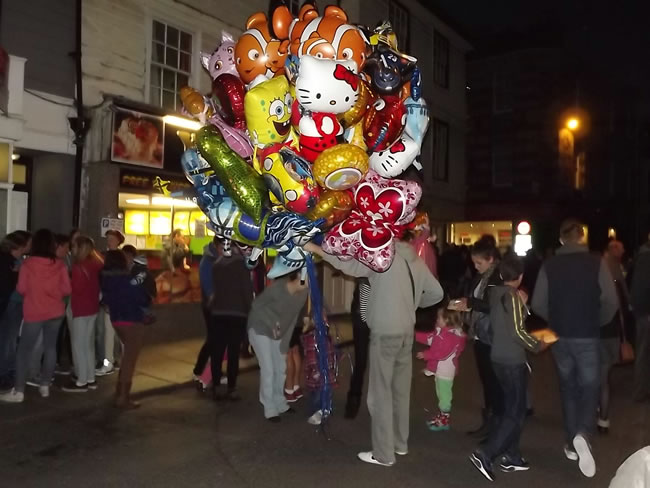 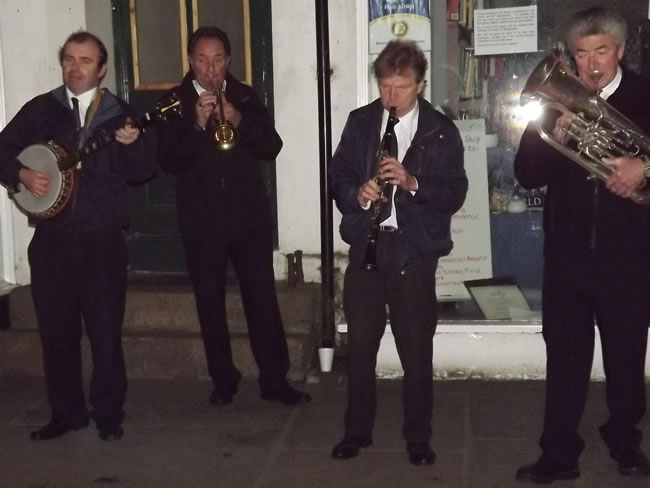 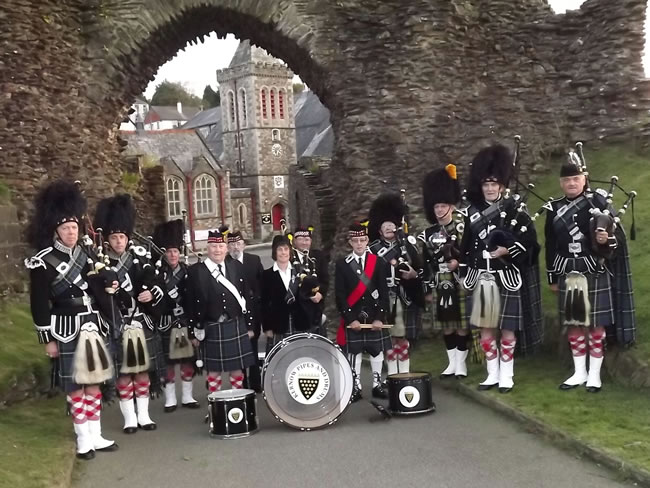