Although it was dry and at times sunny, the cold blustery wind did not let up all day. The Band Members parked in the top of the large field and there was a good attendance of 8 pipers and 4 drummers. The Rally was well attended by exhibitors displaying an impressive selection of vintage tractors, cars, steam engines, farming machinery and Army vehicles. Other attractions included static miniature steam engines, dog shows, ferret racing and car boot sales to name but a few.

There was a large refreshment marquee and a roped off arena in which the vehicles took their turn to parade to the public. The Band was asked to open the event with their first slot in the arena at 11.30 am. Dress code was white shirts, jackets and Glengarries. There was a short march to the marquee where they played a medley of tunes before turning and marching into the arena where they played for half an hour.

The gusting wind played havoc with the pipes especially “if you had the wind behind you when it blew down the pipes” reported one piper. In spite of this the Band sounded very good and the onlookers were appreciative. Tunes played by the Band, including solos, during the three performances included – Amazing Grace, Towerhill Dreams, Highland Cathedral, Rainbow Country, Bluebells of Scotland, Waters of Kylesku, Skye Boat Song, Morag of Dunvegan, Green Hills of Tyrol, When the Battles O’er, Last of the Great Whales, Scotland the Brave, Rowan Tree, Wings, Bonny Galloway, Mairi’s Wedding, Dark Isle, Steam Boat, Atholl Highlanders, Cock of the North, Cockney Jocks, Colin’s Cattle and Shoals of Herring.

At 12 noon the Band retired for refreshment and played again at 13.00 hours for 20 minutes outside the large marquee which by then had become very crowded. The skies had cleared; there had been no showers and it felt warmer. At 14.00 the Band played their final music to much applause and were then dismissed. It had been an entertaining occasion, the enjoyment of which had not been spoilt by the persistent wind! 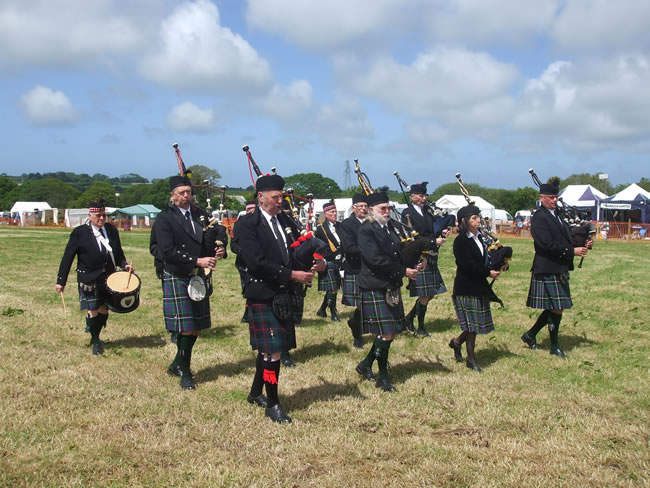 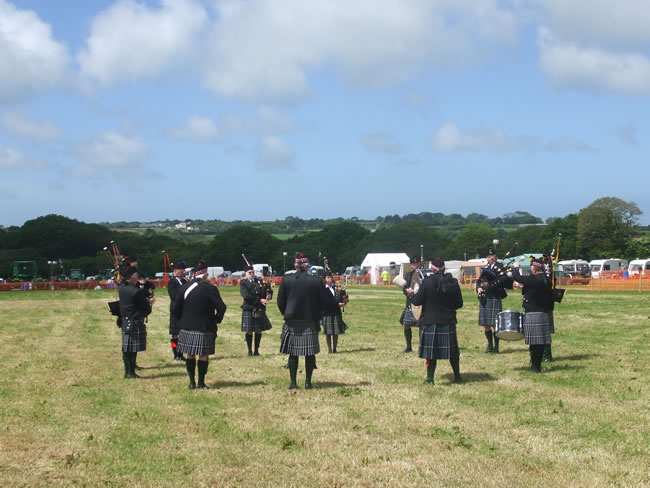 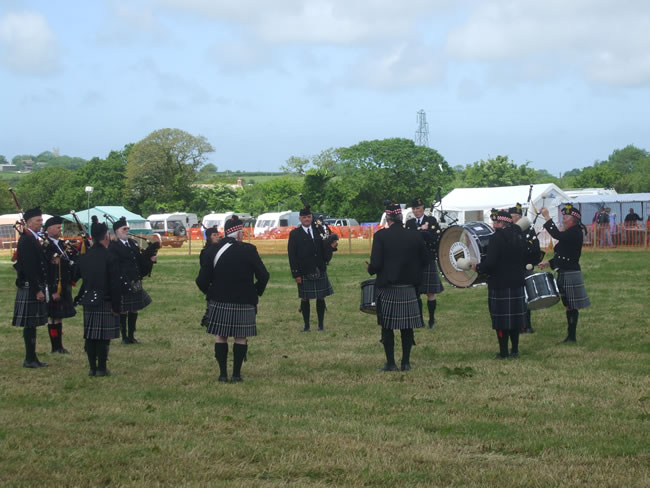 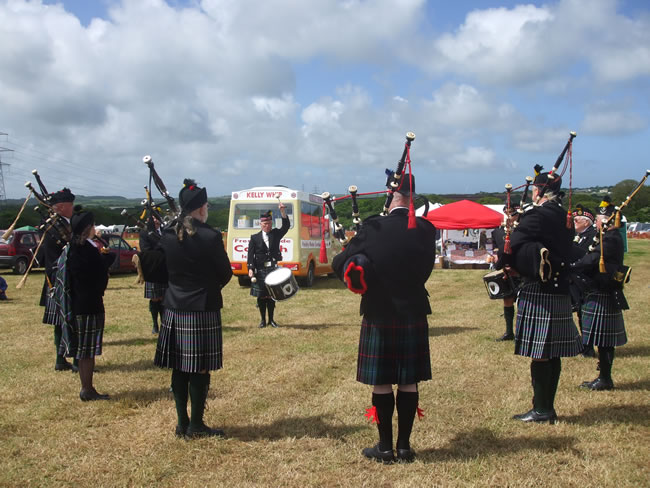 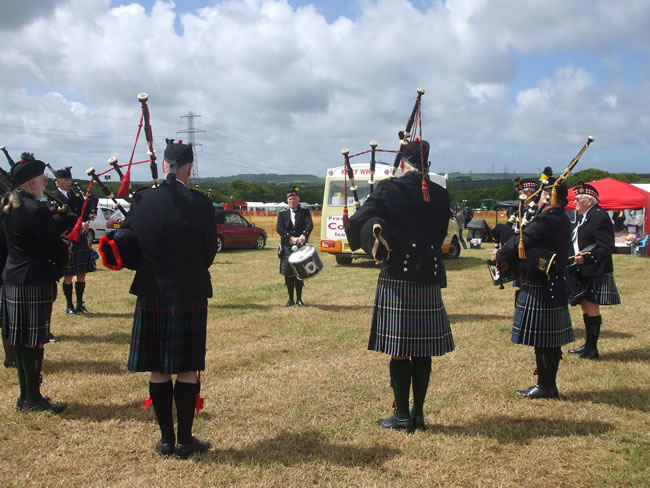 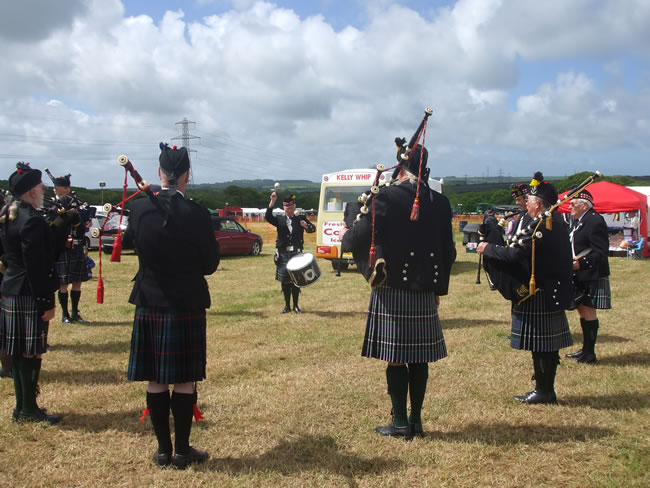 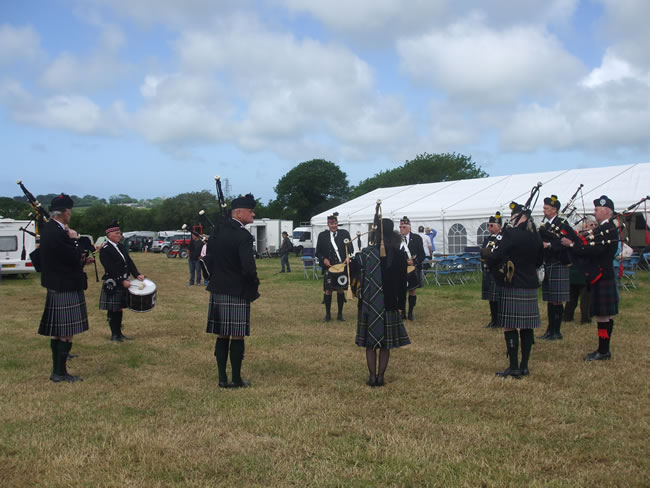 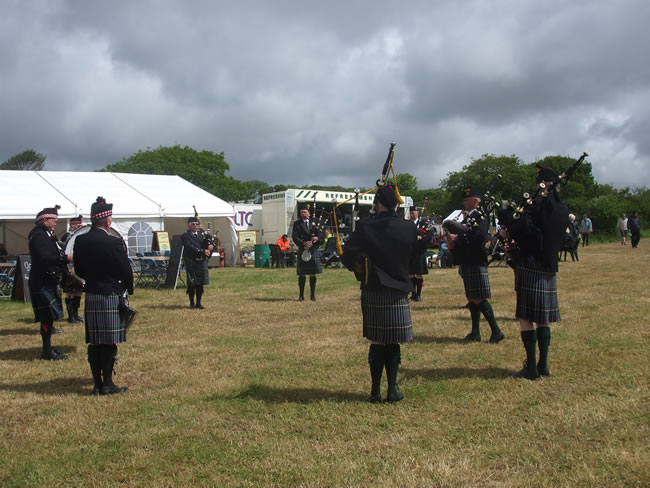 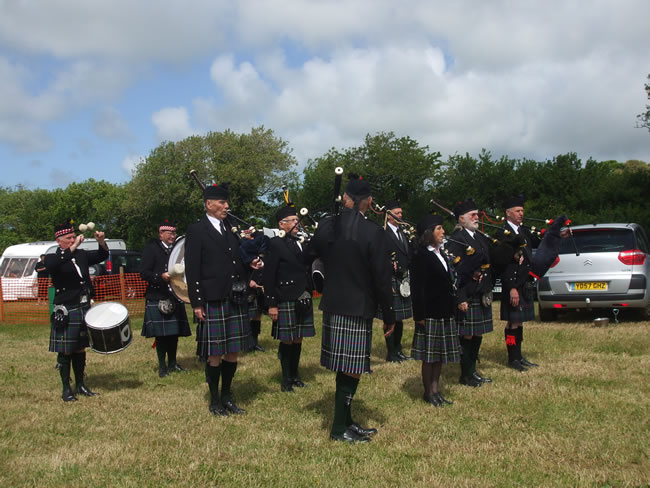 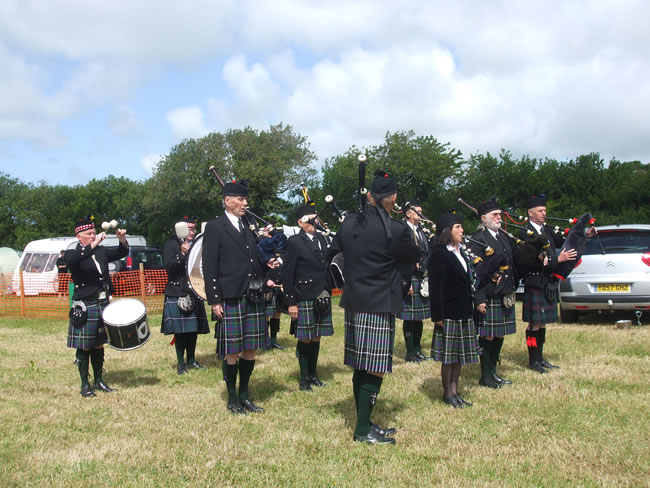 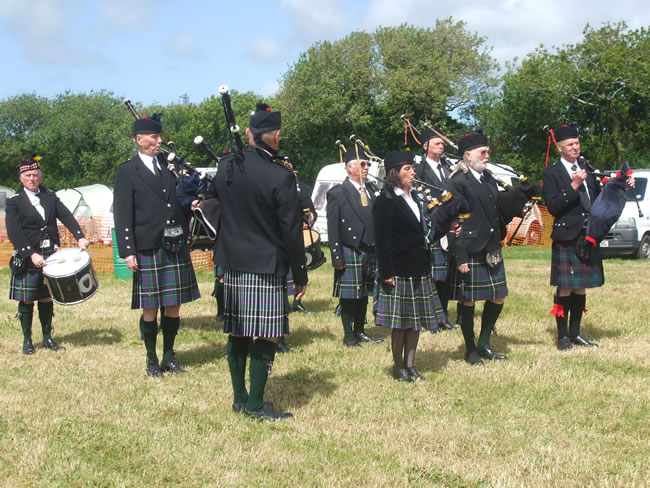 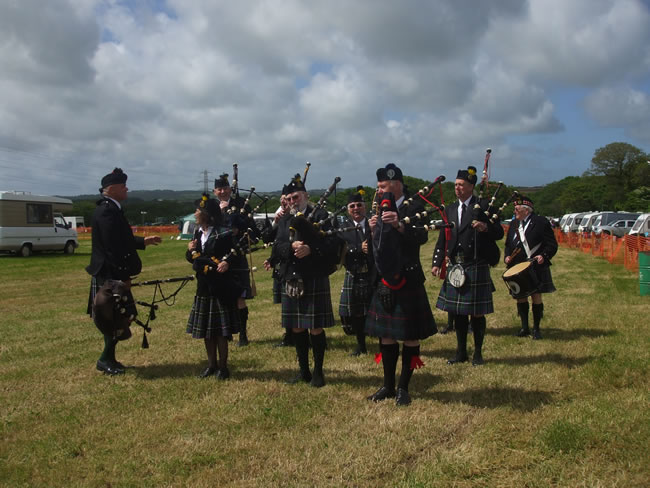 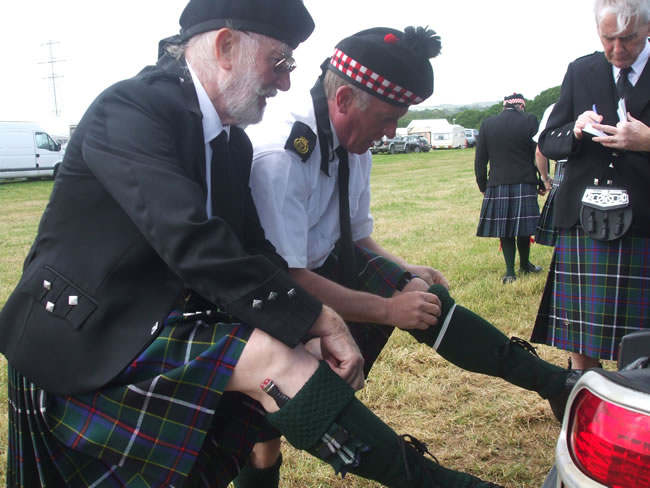