The evening was cool with a misty drizzle in the air as the Kernow Band arrived to park their cars in Steve Andrews Tyres car park. Mr Andrews had kindly provided hot drinks and put a warm waiting room at their disposal before ferrying them up to John Keay House. This was the starting point of the Parade, situated above the Town Centre.

It was a good turnout of 8 pipers and 5 drummers and the Dress Code was No 1s with bonnets. This was their first engagement with the St Austell Torchlight Parade and the route was to be the mostly downhill. The assembly point was alive with music and lights of the revellers awaiting the start off.

The Parade started at 18.30 hours and the Band led the procession down the hill behind the police car, and turning left at the first roundabout and down along to Carlyon Road where they stopped and formed a circle to play a short medley of tunes. The pavements were packed with onlookers who showed their appreciation in clapping and cheering.

The Band then marched on past the Library, and turning left into Kings Ave and down East Hill where they stopped to play further music. They then turned into Trinity Street and down Truro Road and into Moorland Road where they waited for the Police to temporarily close the A39. This gave the remainder of the Carnival a chance to catch up before marching to the Mevagissey Roundabout and crossing Penwinnick Road. The Band then turned into the grounds of the old offices of the Restormel Borough Council where they were dismissed. The Parade had taken about 1½ hours from start to  finish.

Various bands took part including St Austell Town Band and the entertaining Falmouth Marine Band. The Parade was full of exotic dancers and participants in fancy dress with lanterns, and the colourful floats on the lorries were adorned in a myriad of coloured lights. And of course there were floats holding Fairy Queens and one holding a Father Christmas to name but a few entries.

It had been a long walk, perhaps the longest one the Band had undertaken so far in it’s engagements but it had been enjoyable being a part of the colourful and vibrant Torchlight Carnival.

Soon the taxis arrived to take the Band back to their cars courtesy of Steve Andrews, which was very much appreciated. 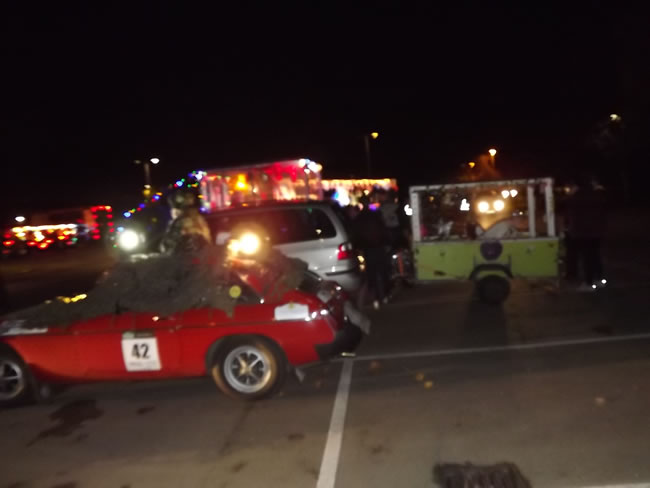 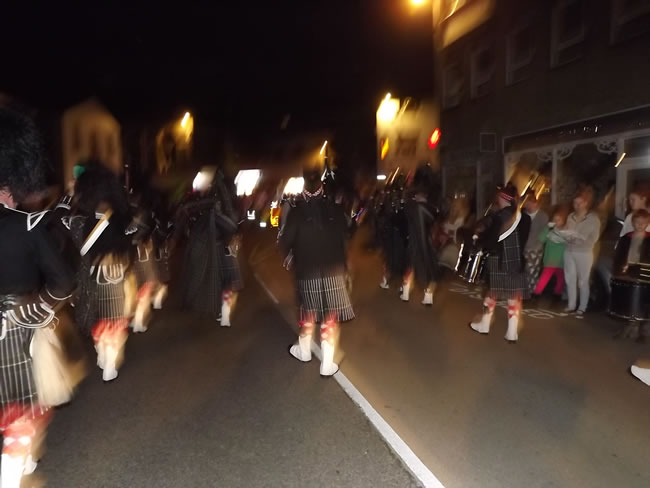 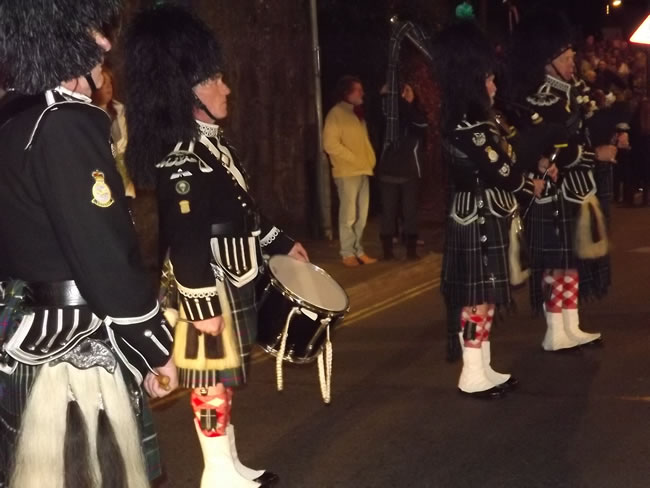 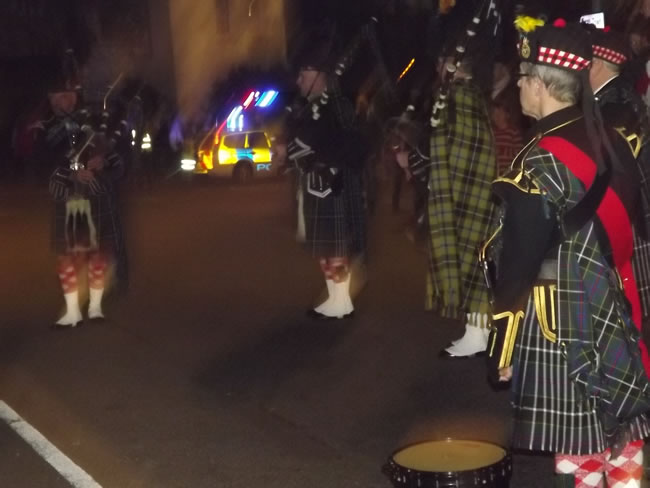 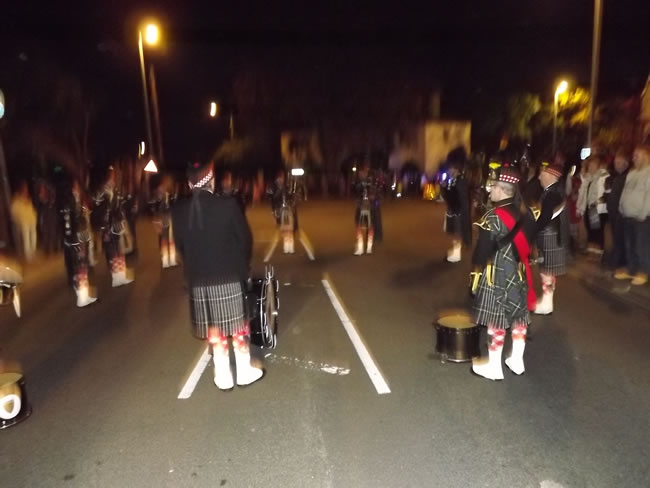 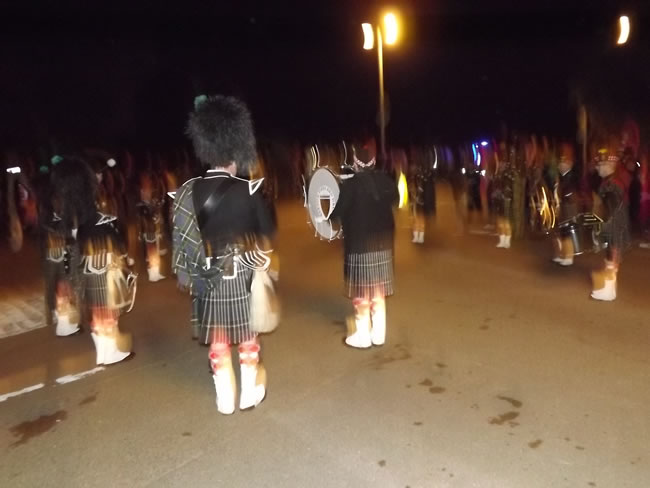 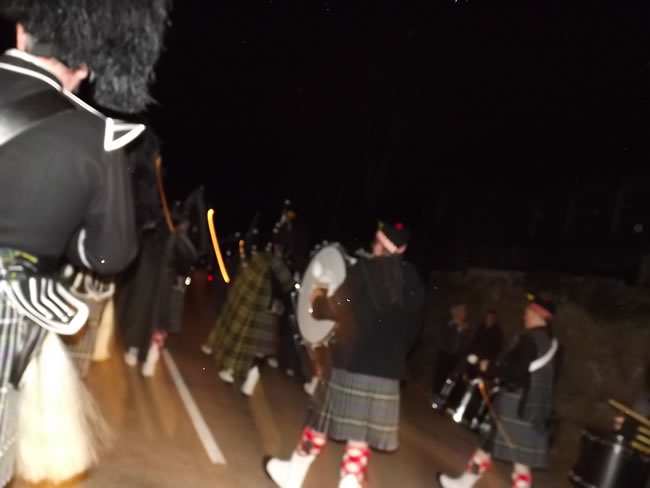 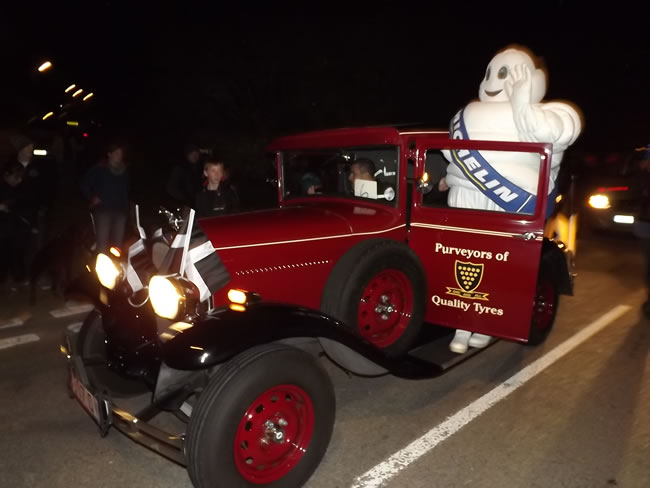 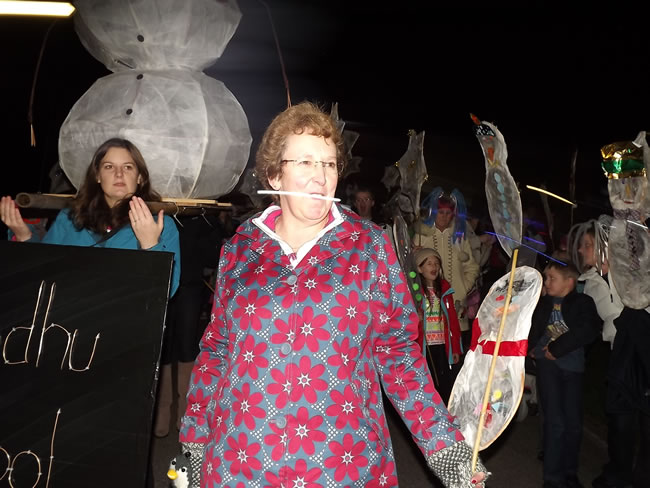 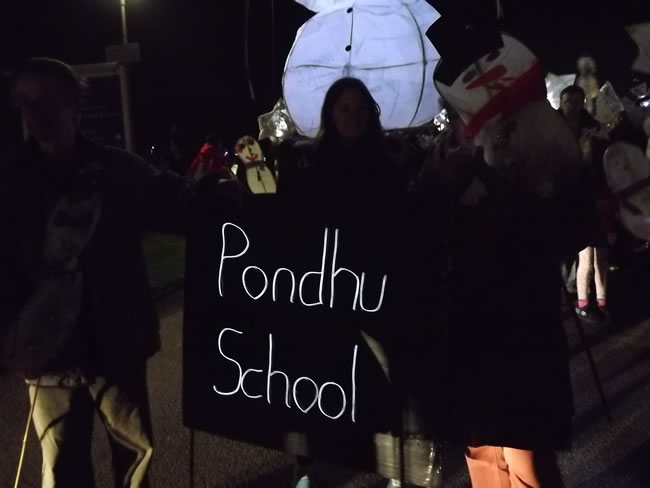 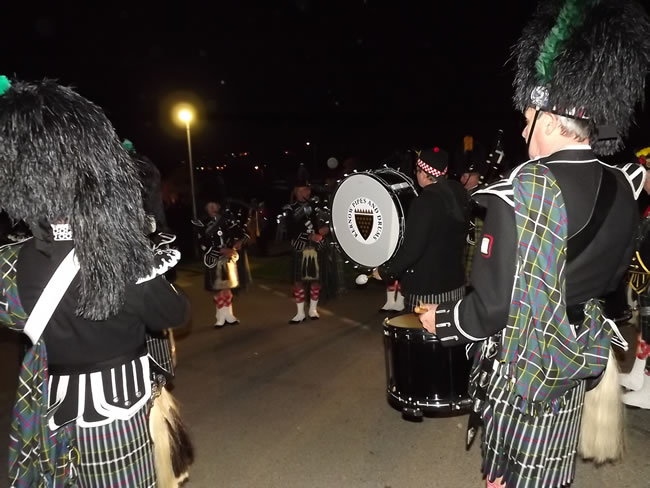 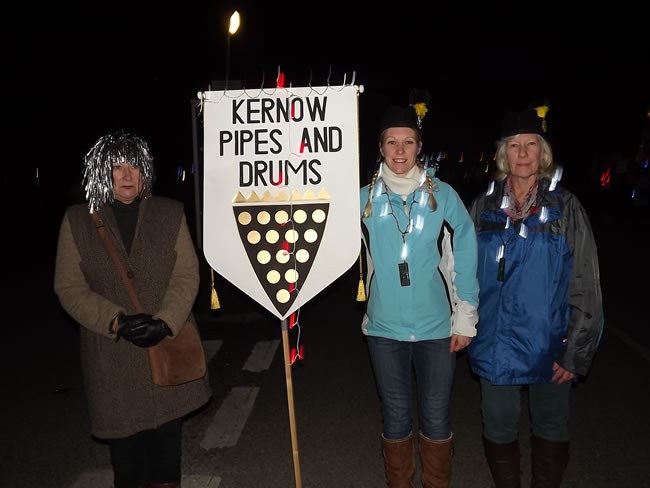 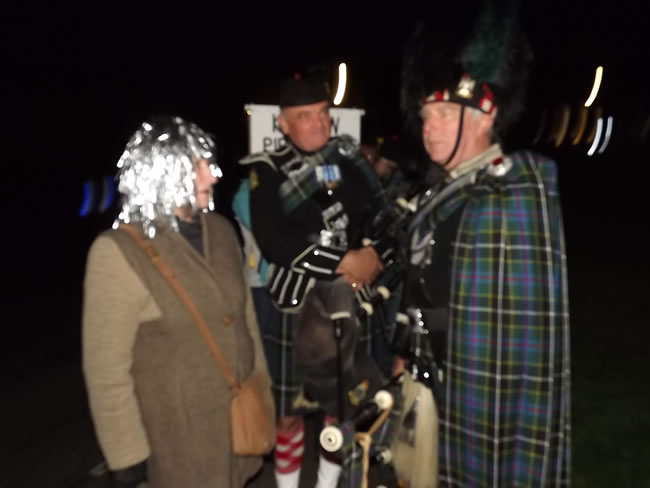 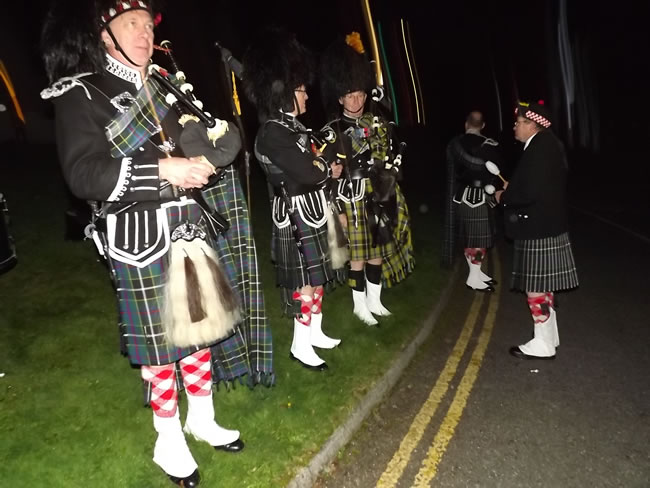 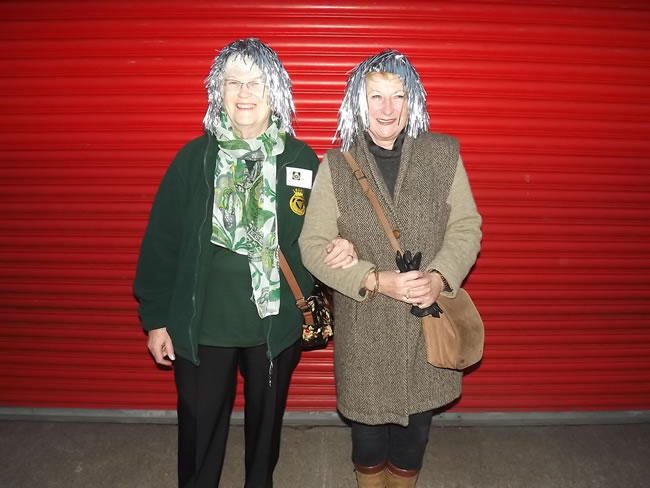 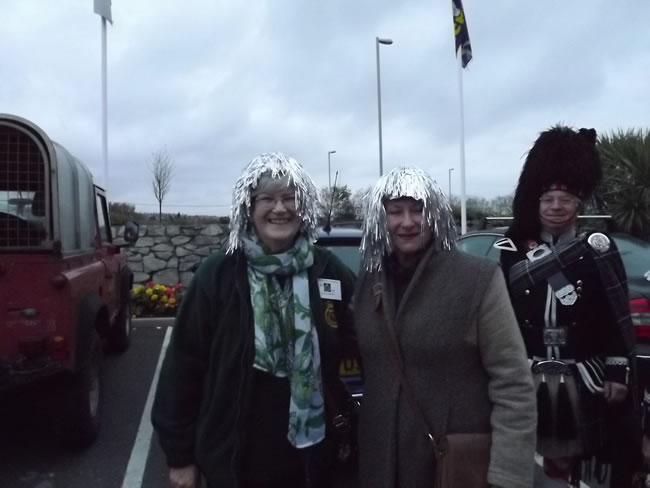 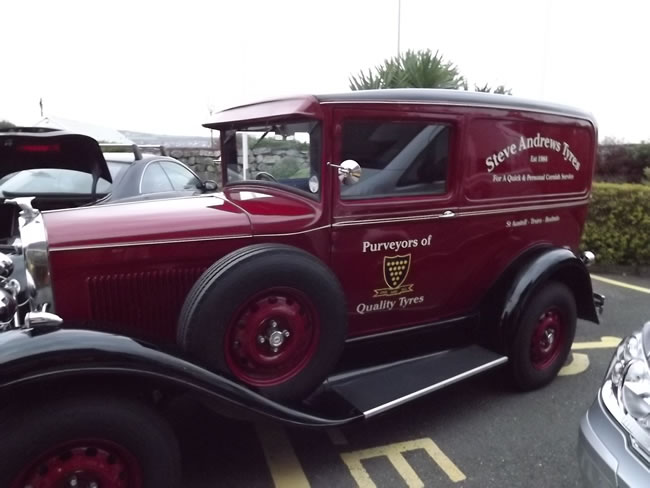 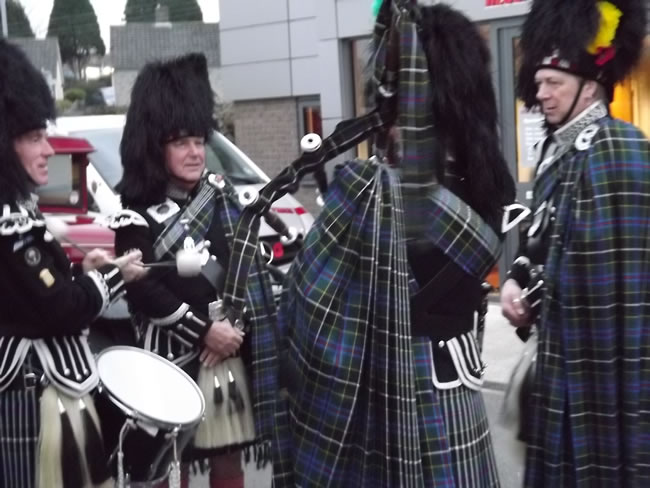 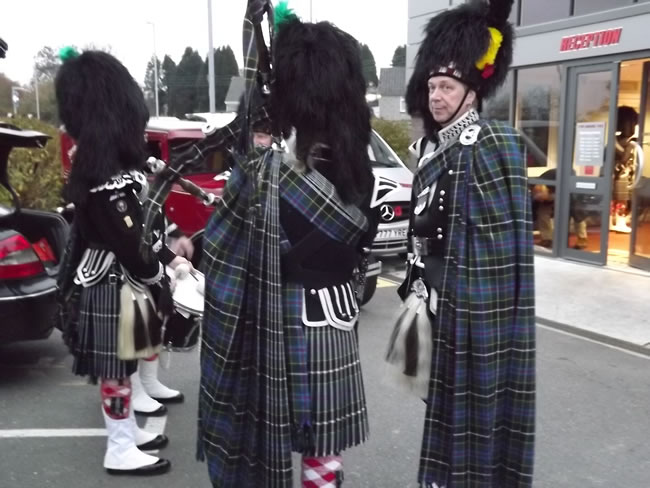 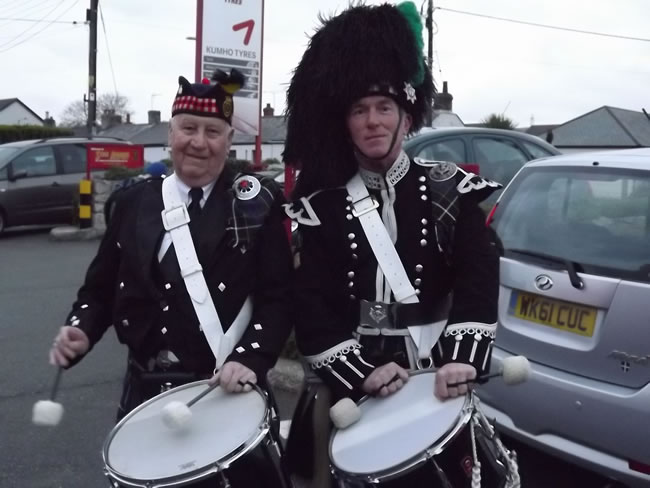 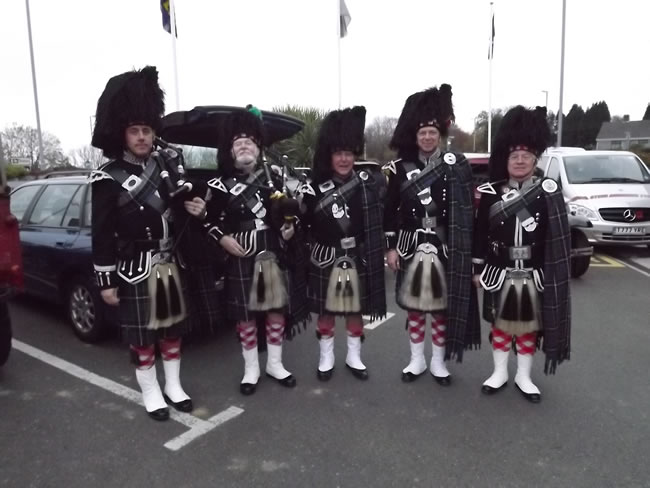 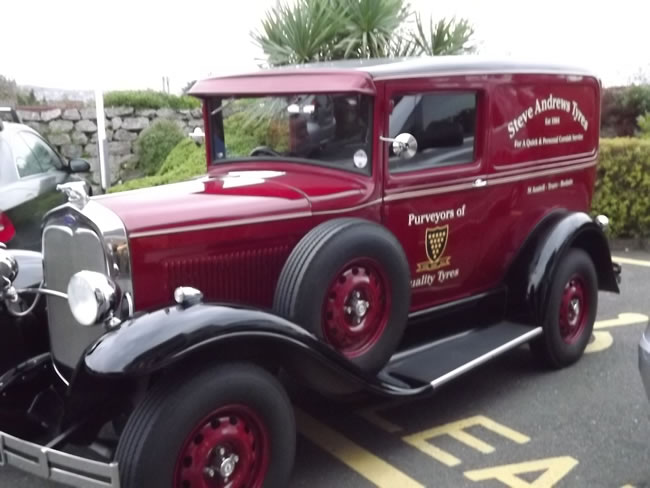 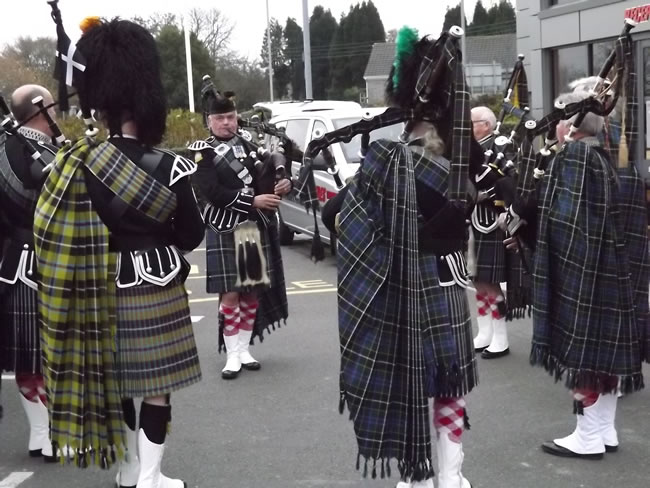 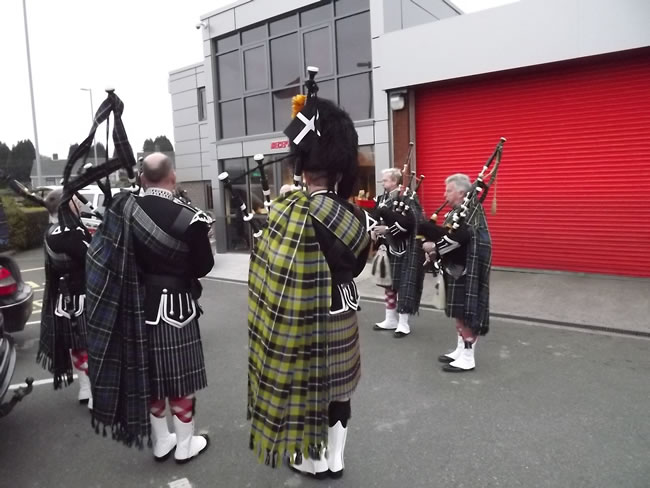