Saturday 4th May – Saltash May Festival

Saturday 4th May – Saltash May Festival

With overcast skies and persistent drizzle, the weather did not bode well for the day’s event. The Band had assembled by 10.30 in the rest room of Saltash Fire Station where they had been kindly invited to use the car park and facilities. They had arrived at the Station in time for a practice session and a warming drink. The three slots of the day’s playing were 1100, 1300 and 1430.

At 1045 the members in No 2 Dress Code made their way to the large playing field where the Lions’ Club May Fair was already well under way. In spite of the inclement weather, numerous stalls had been set up around the area, two of which were the Saltash Royal British Legion and local Scouts and Cubs Group. Other bands playing during the day included a Silver Band and a Rock Band. There were various food stalls in evidence and with several bouncy castles, fairground rides and a Punch and Judy show, there was plenty of family entertainment to be had during the day.  The centre of the field had been marked out for other demonstrations and shows.

At 11.00, with capes donned against the elements, the Kernow Band marched across the field and into the arena playing Green Hills and Battles O’er. They played for 20 minutes to enthusiastic appreciation from the crowd. The music played during the three appearances included – Three Slow Airs, Colin’s Cattle, Shoals of Herring, Last of the Great Whales, Highland Cathedral, Scotland The Brave and Marie’s Wedding. Also played were the Scotland the Brave Set, Castle Dangerous and I See Mull. The Band then marched off playing Auld Lang Syne and Na Awa Tae Bide Awa.

During the two hour break the members had lunch and to everyone’s relief the sun came out. The next slot was put back ten minutes to accommodate the Rock Band’s extended time and by now the field was very busy with families enjoying the lovely afternoon it had become. Around 13.00 the Band marched on to the field playing Green Hills and Battles O’er as before but into a smaller arena which had been divided in half for the next event, The Arrow Barrows. This included hilarious characters charging about with wheelbarrows, supposedly The Red Arrows, dancing to Glen Miller music and performing comical exercising, it was very entertaining.

The final break was shorter and at 14.30 the Band marched on playing the medley of tunes as before and the audience were generous in their appreciation.

Everyone agreed it had been a very enjoyable day, even more so since the rain had eased off and the sun had shone so gloriously! 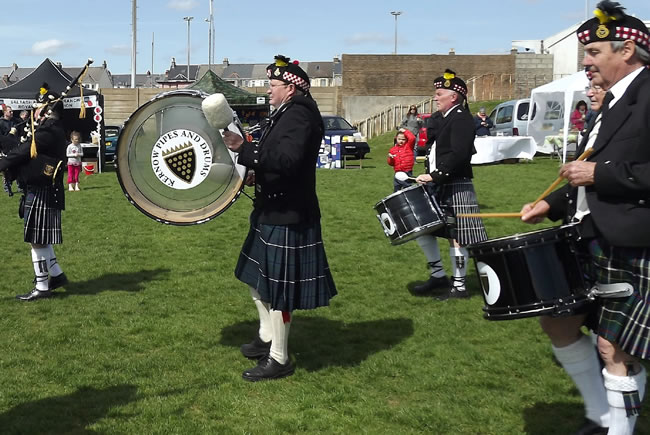 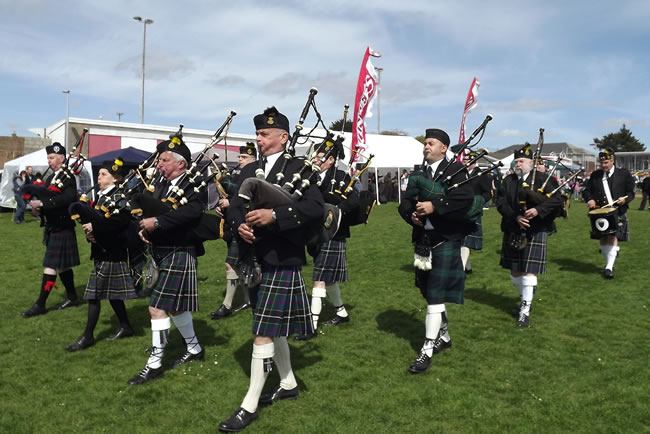 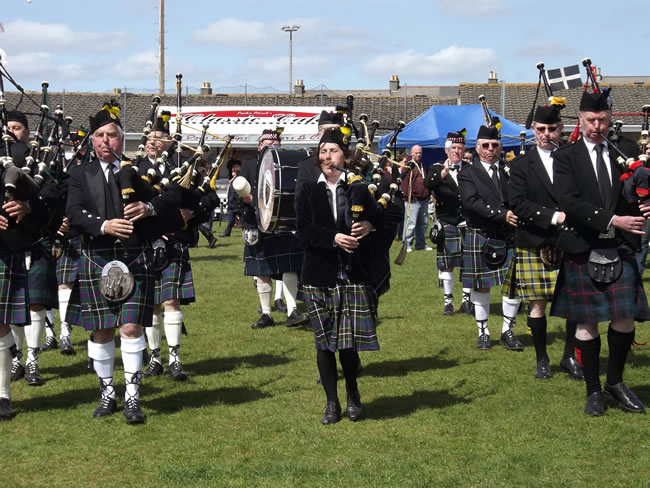 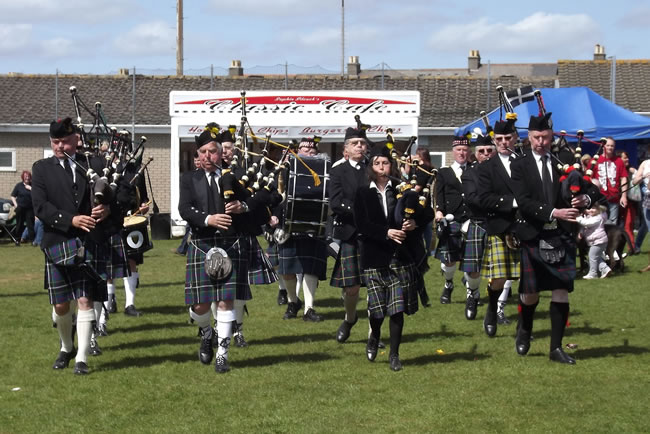 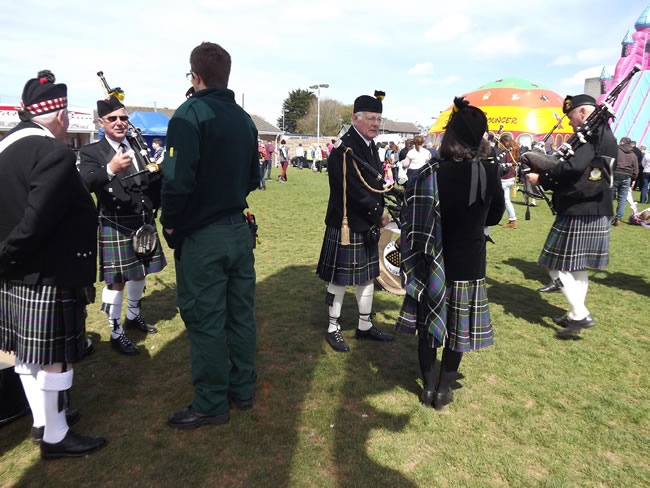 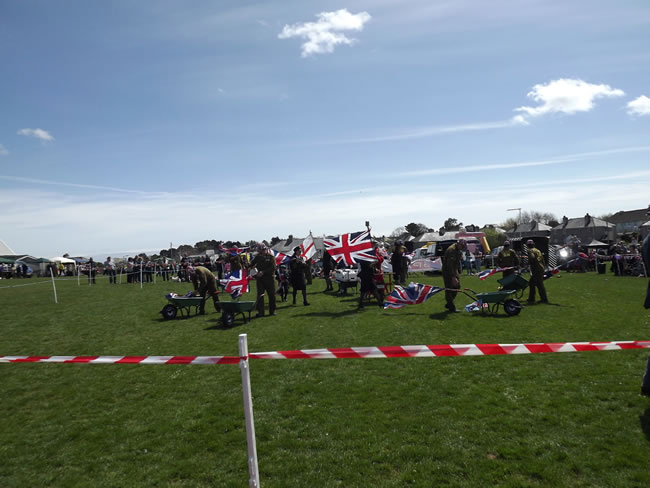 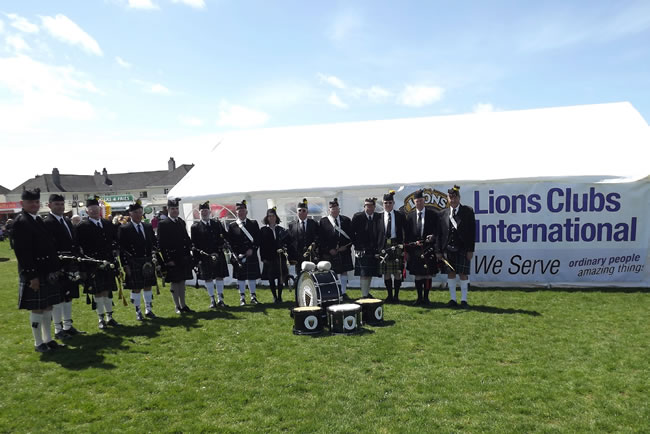 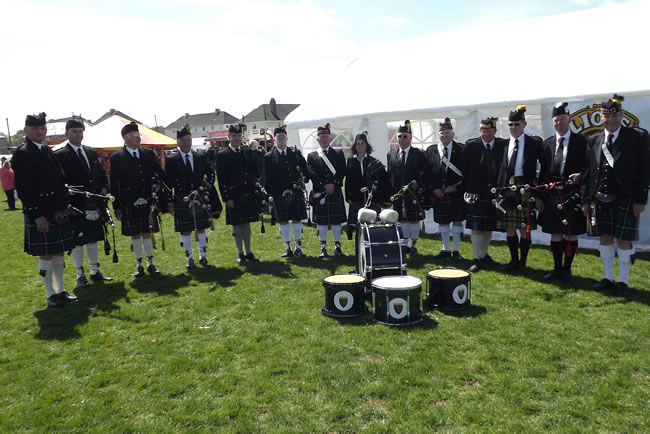 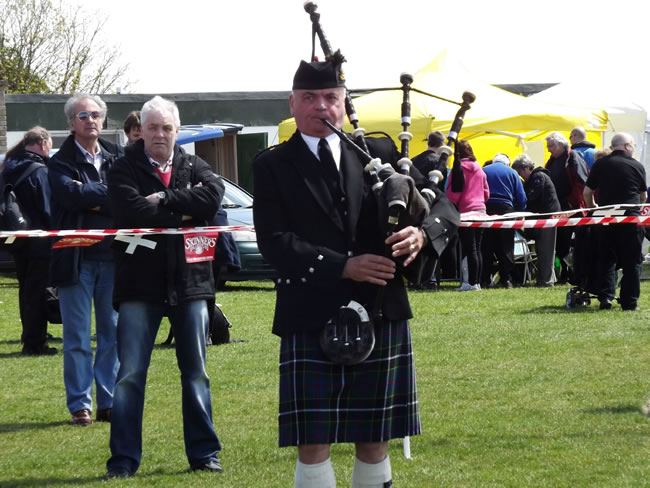 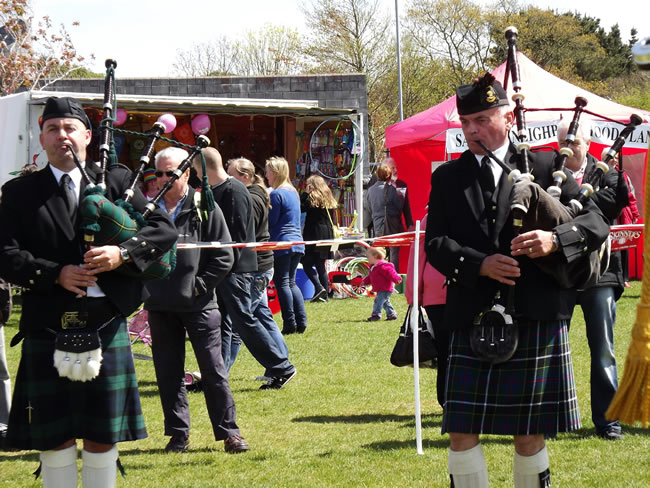 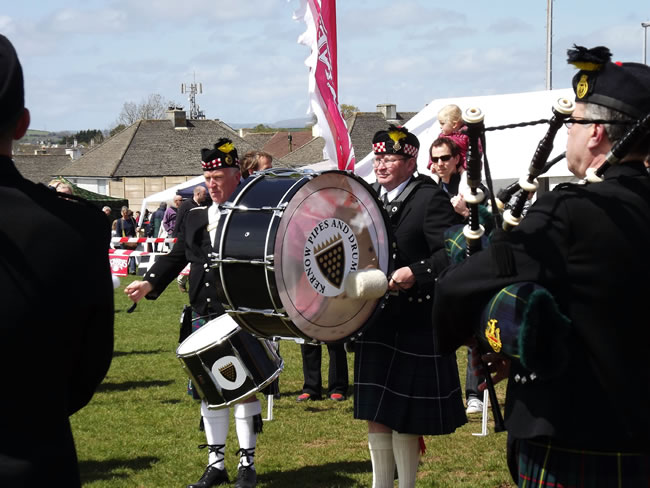 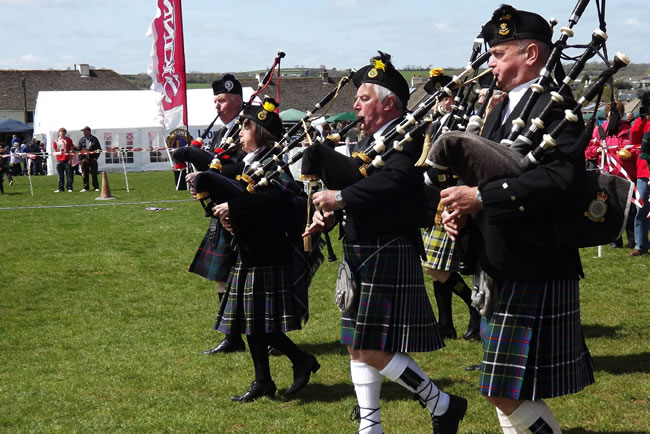 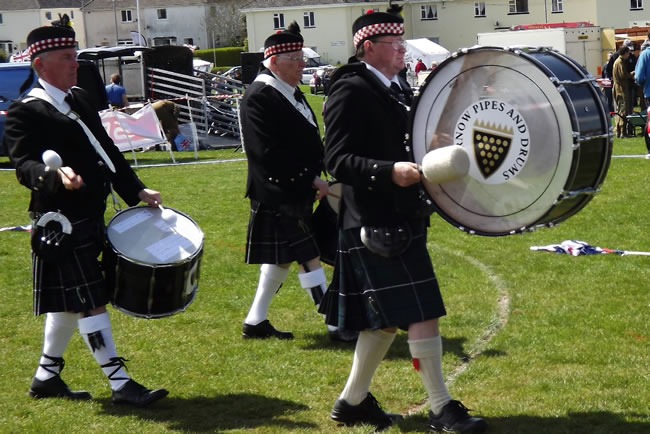 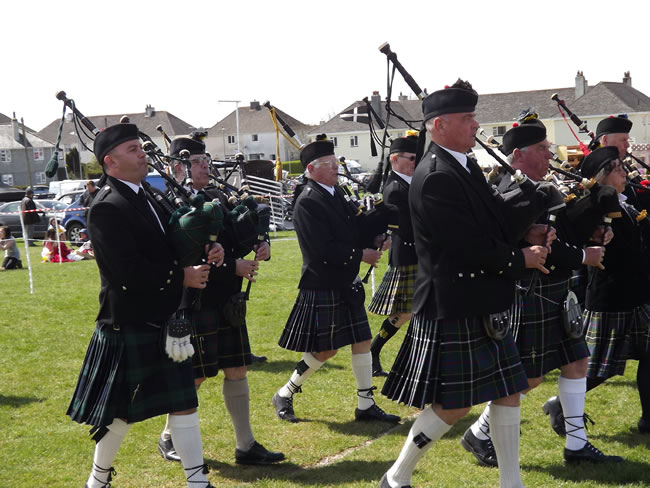 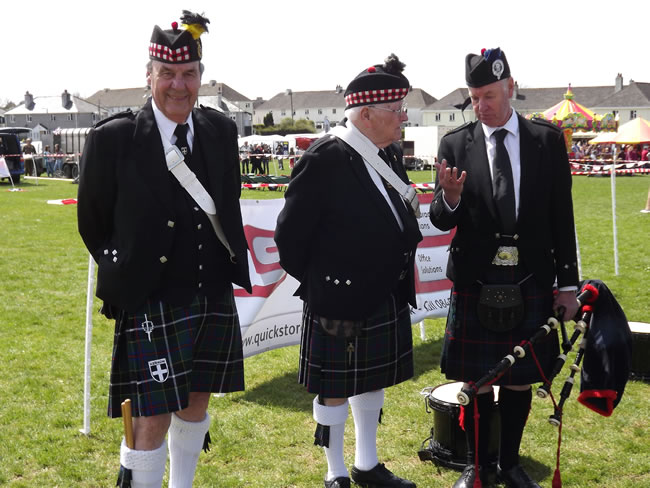 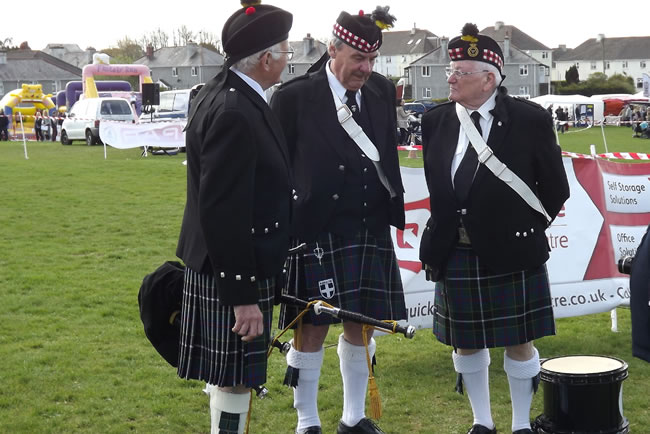 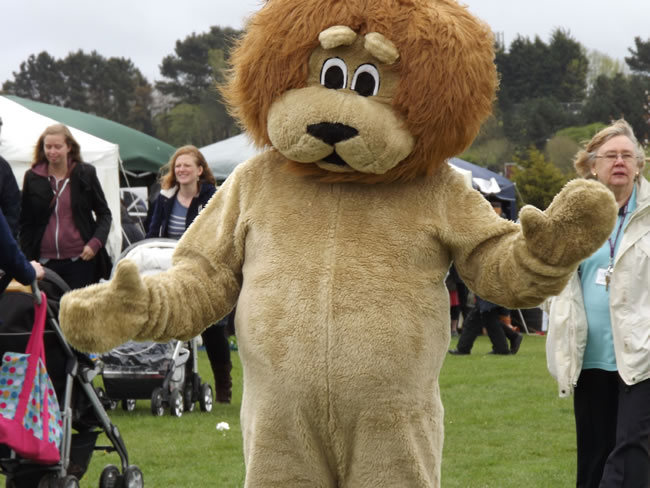 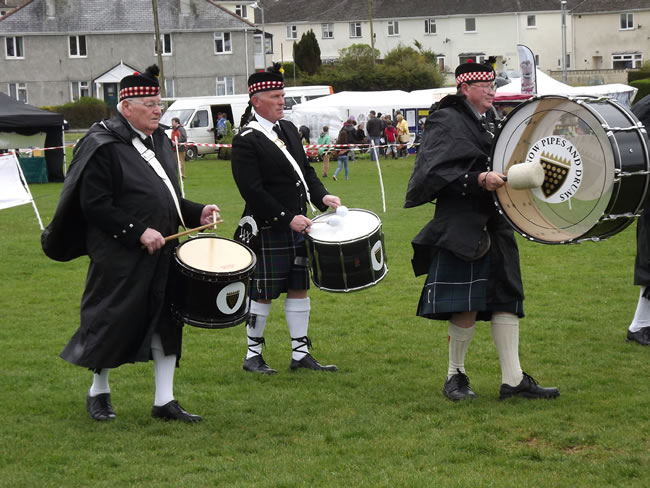 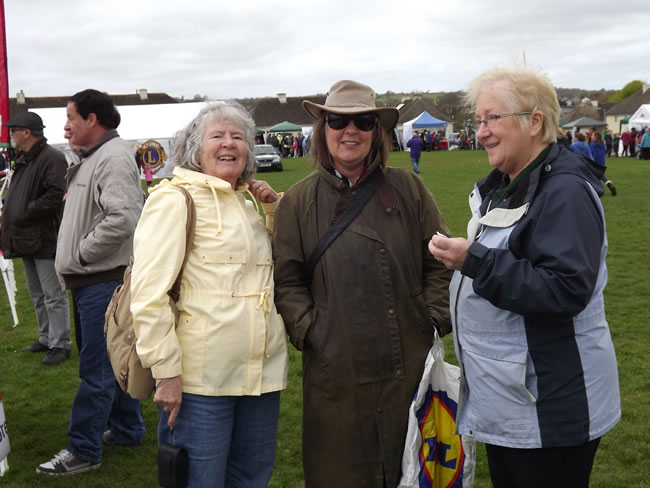 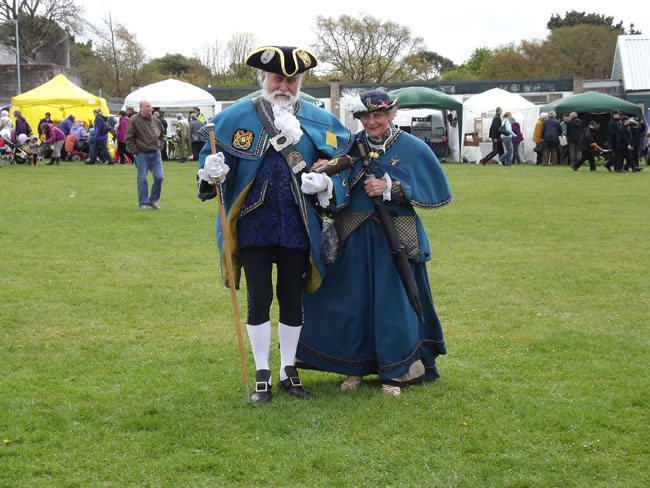 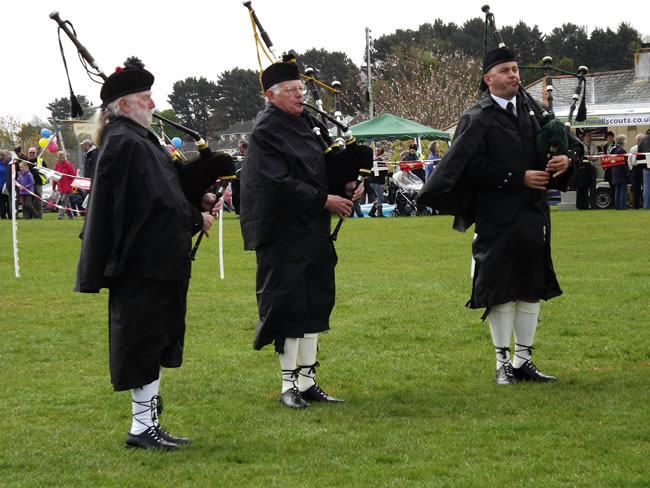 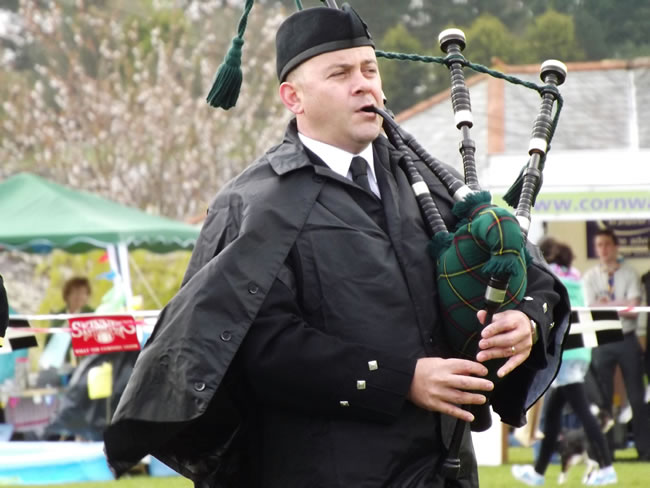 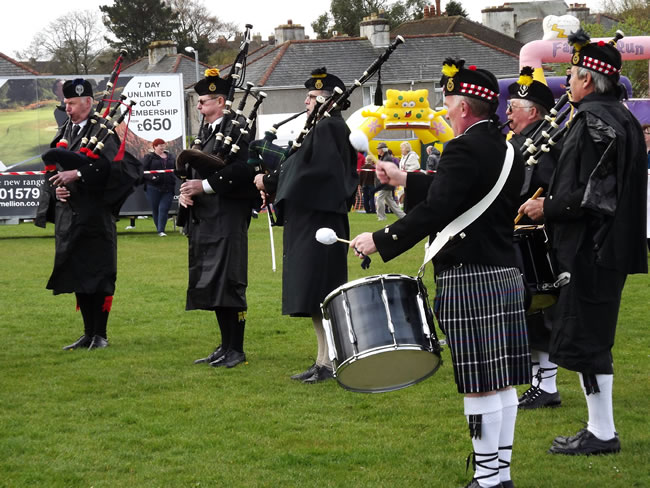 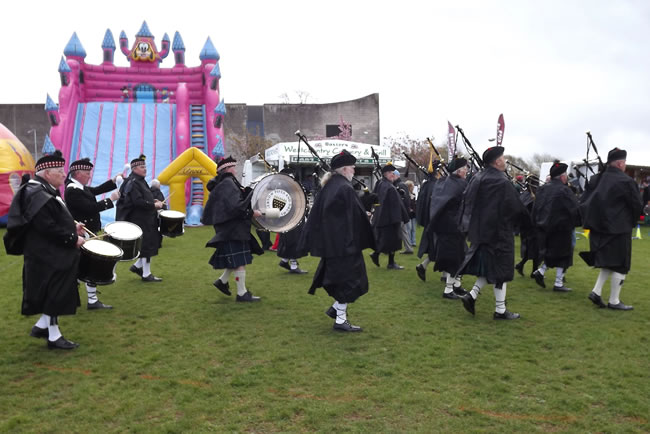 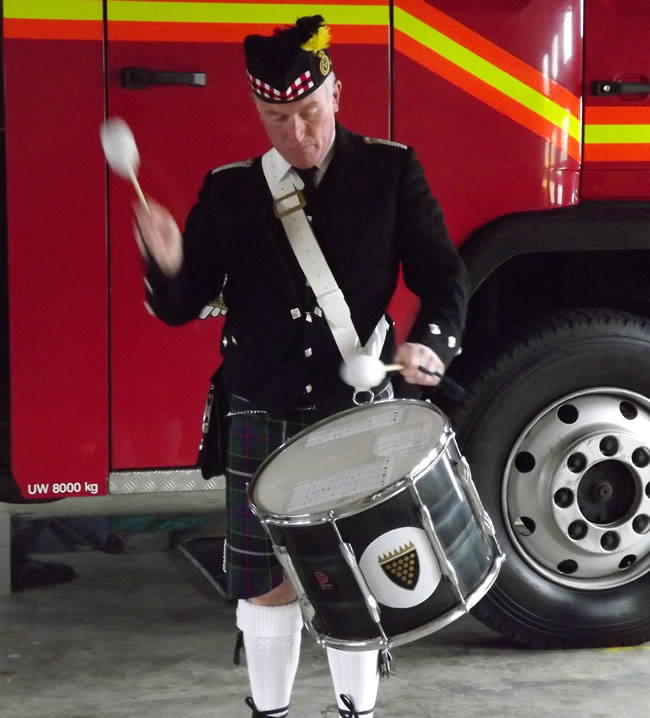 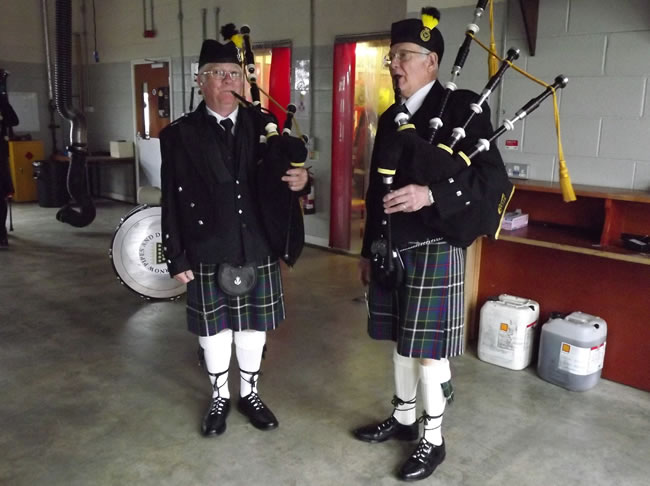