There was no breeze to ruffle the bonnets of the Band as it assembled in the car park. With cloudless skies and glorious sunshine the weather looked promising for the day. Dress was No 1s with capes and glengarries in case of rain. There was a good turnout of 9 pipers and 5 drummers and flag bearer.

At 11.30 the Kernow Band, with two members of the Caledonian Band, led the march playing Green Hills/Battles O’er and were closely followed by the Standard Bearers of the Parachute Regiment. On arrival at the sloping Top Lawn which was positioned at the side of the house, in front of which various World War vehicles were parked, the band formed a very wide circle with the Standard Bearers and played for 15 minutes. Tunes played during the day included – Scotland the Brave/Mairi’s Wedding, Green Hills/Battles O’er, Colins Cattle/Shoals of Herring, Highland Cathedral, Amazing Grace, Last of the Great Whales, Scotland the Brave set and the 3 Slow Airs. The watching Dignitaries and spectators showed their appreciation and there followed a two hour break for lunch in which pasties and drinks had been laid on.

It was 13.45 when the World War 11 vehicles ferried the Veterans and Dignitaries down to the beach for the Service and the Laying of wreaths. The Band followed soon after, marching with the Standard Bearers on the long track down, playing Green Hills/Battles O’er and Scotland the Brave set. It was an impressive sight seeing them coming round the bend of the hill and down the final stretch to the waiting onlookers who were armed with their cameras. The young Flag Bearer was remarkable as she held the flag proudly marching down the long uneven and rutted track. They passed the war memorial where the Service participants were waiting and entered the beach area, finished playing and were dismissed.

The Rev Alastair Mansfield, R.N. took the Service leading off with the hymn Abide with me. After prayers and another hymn, the Last Post was played, followed by the Exhortation and Reveille. There was the laying of wreaths to the Men of the US 29 Division who left Trebah for the landing on Omaha Beach and the Men of the Airborne Divisions. The Lone Piper (from the Caledonian Band) played the Lament and there then followed the Blessing.

At 15.00 the Royal Navy Helicopter from RNAS Culdrose did a Fly Past and RNLI laid a wreath on the sea.  The Band then formed a circle and played to the onlookers before dismissal and a photo shoot on the quayside.

It had been a moving experience for everyone concerned set in the beautiful surroundings and splendour that is Trebah Gardens. 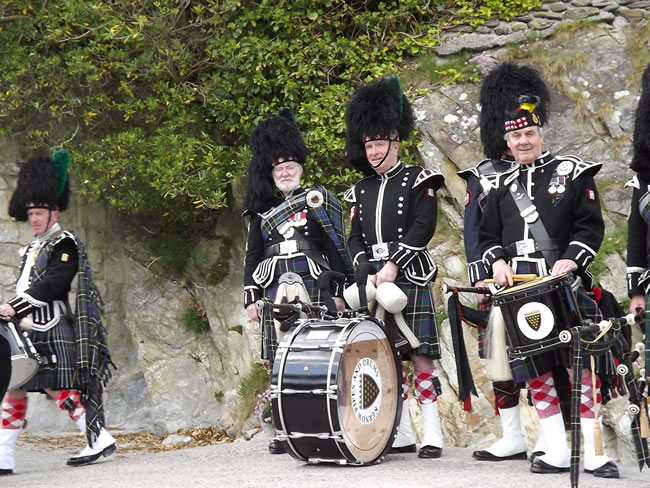 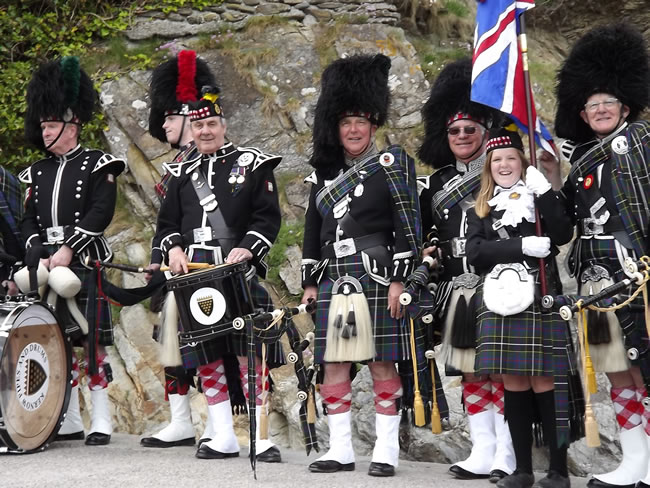 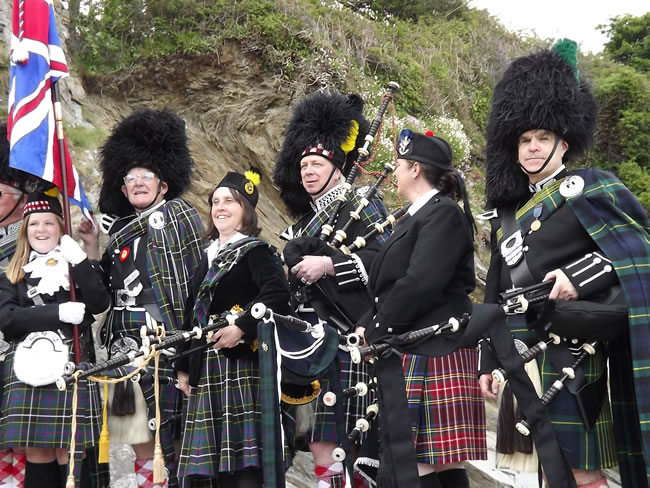 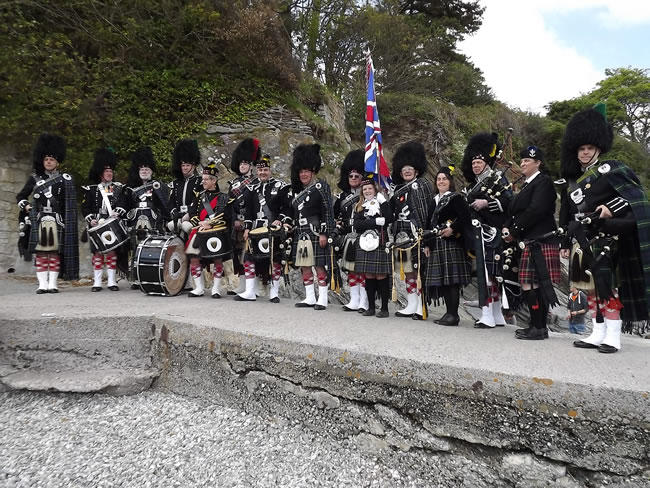 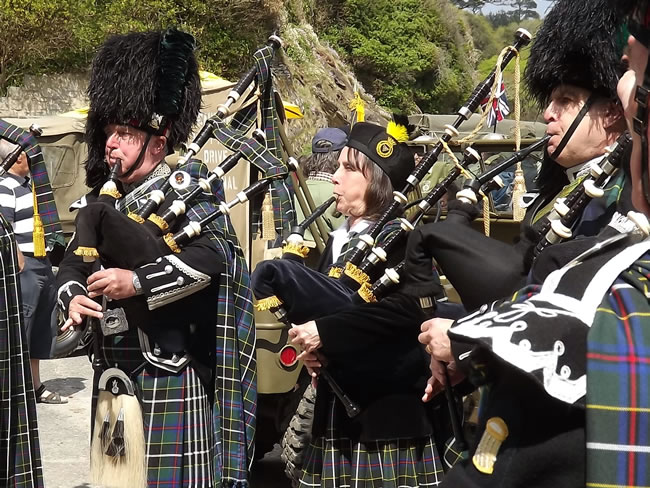 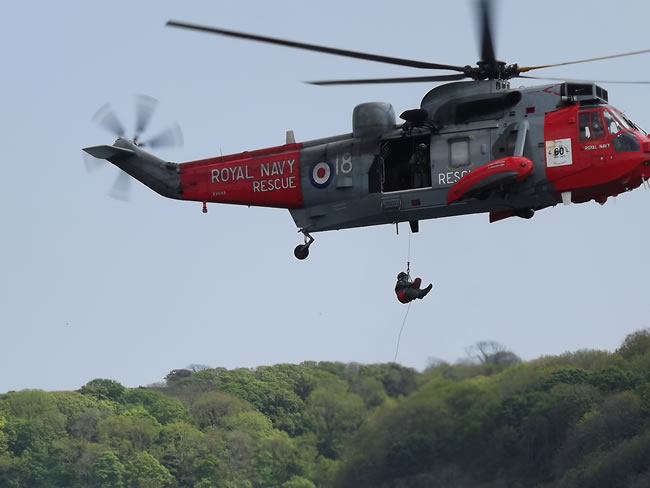 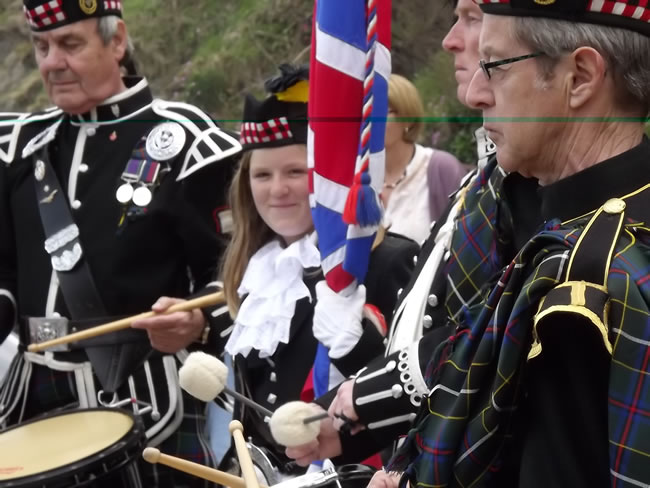 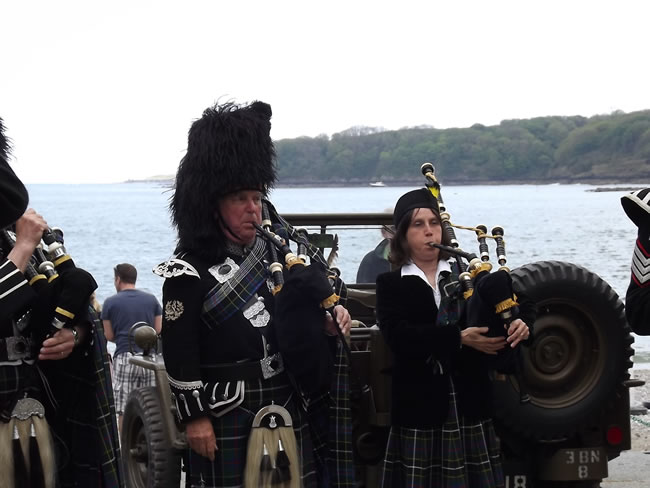 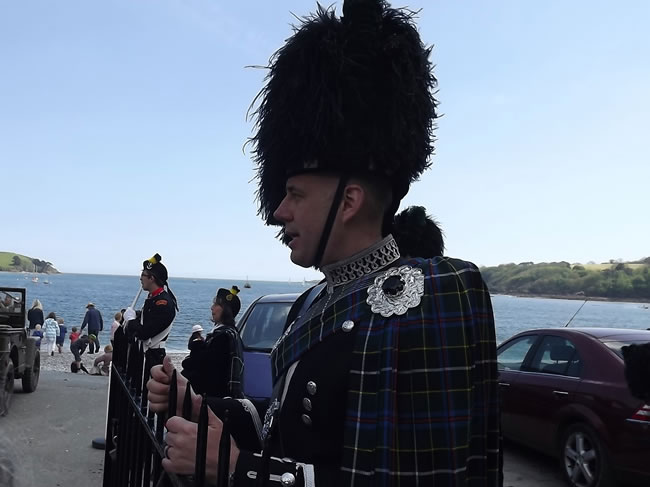 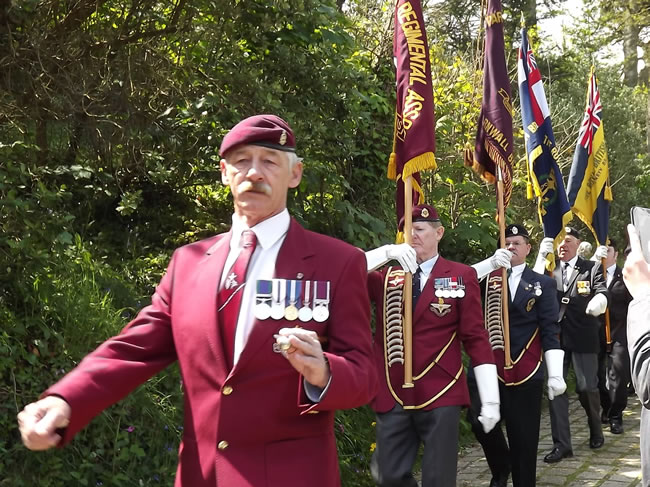 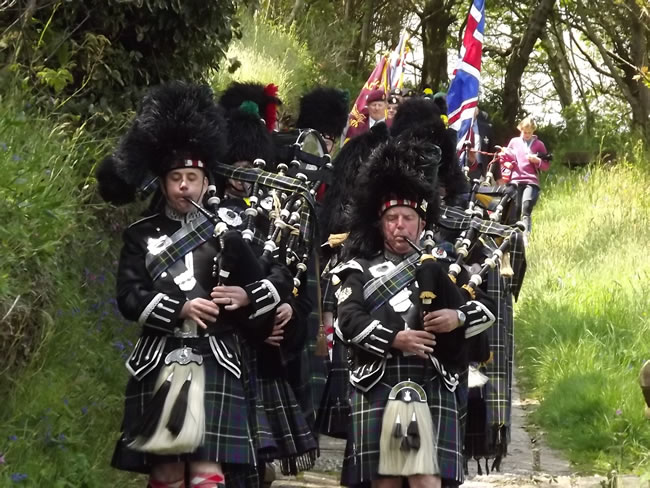 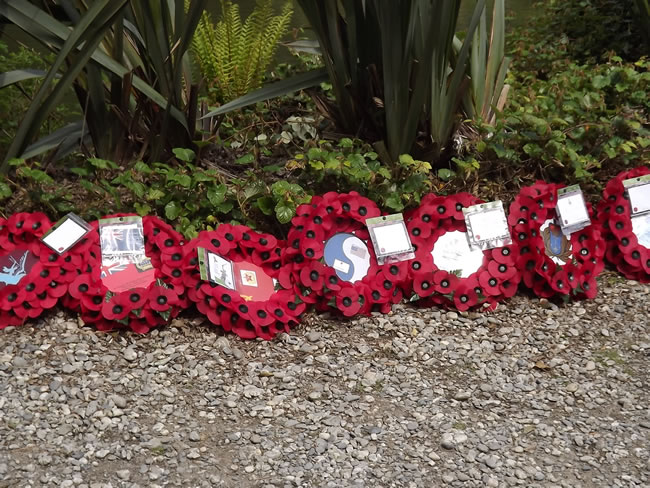 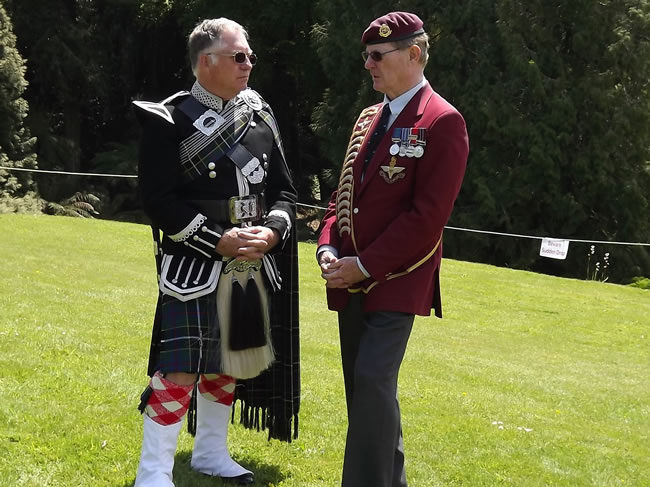 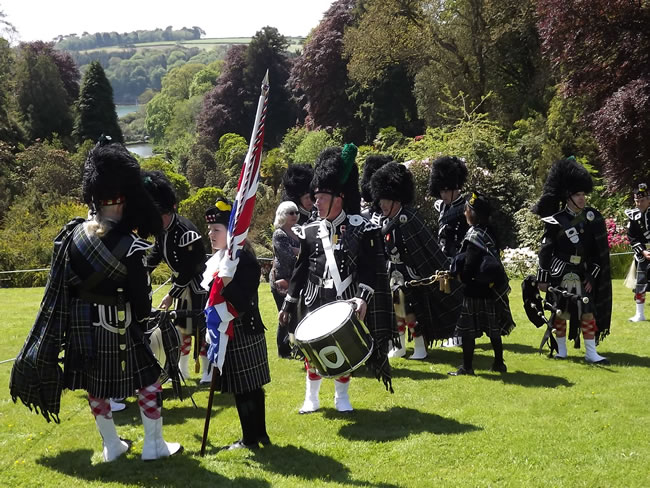 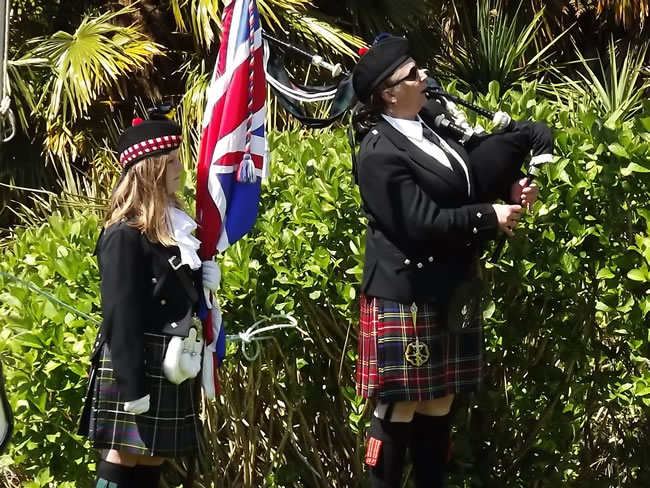 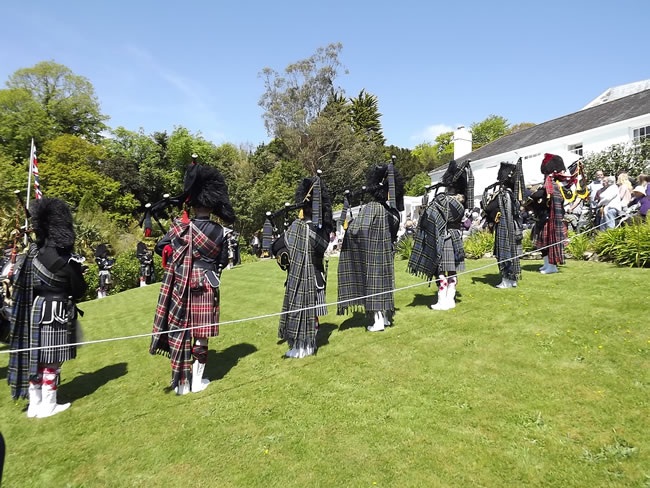 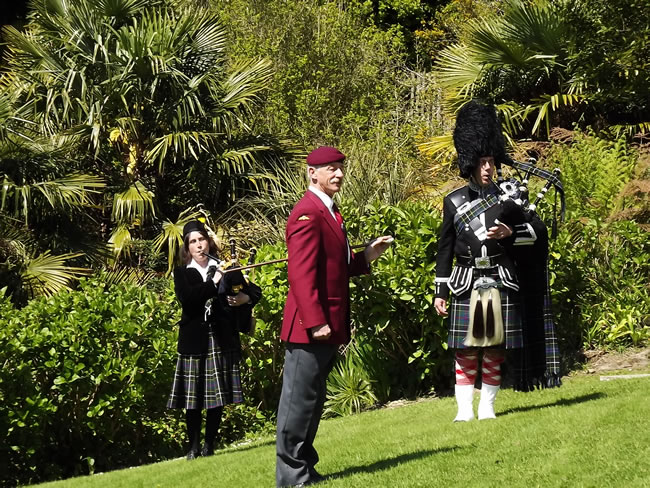 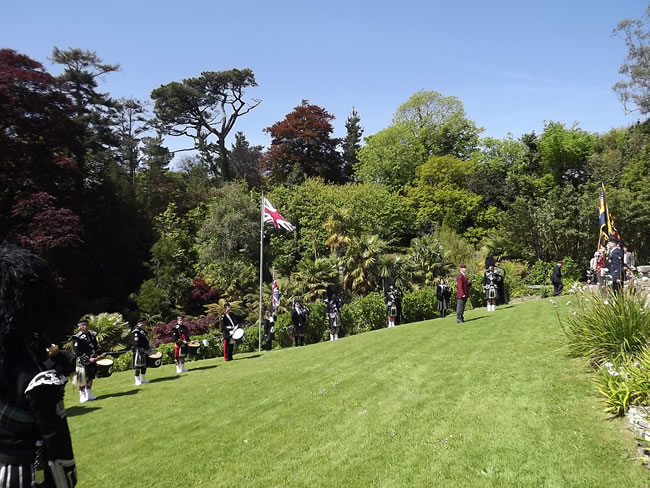 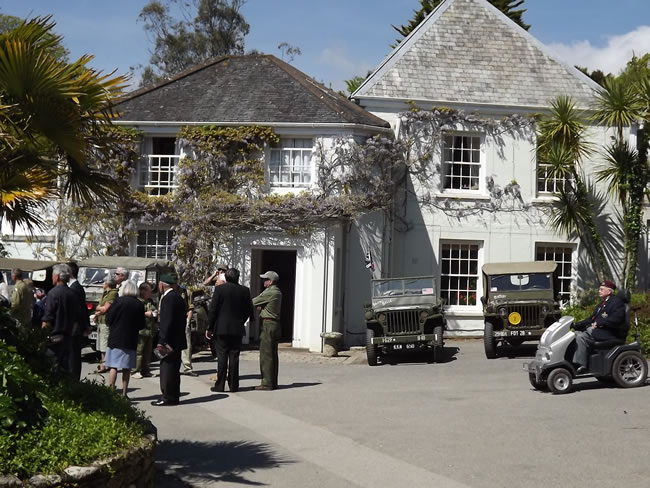 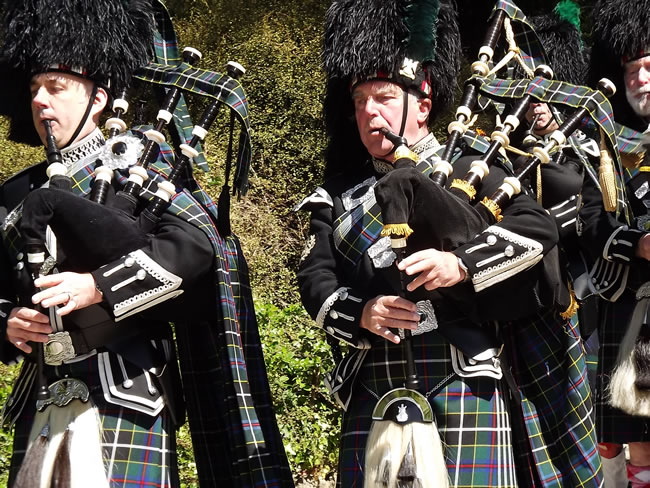 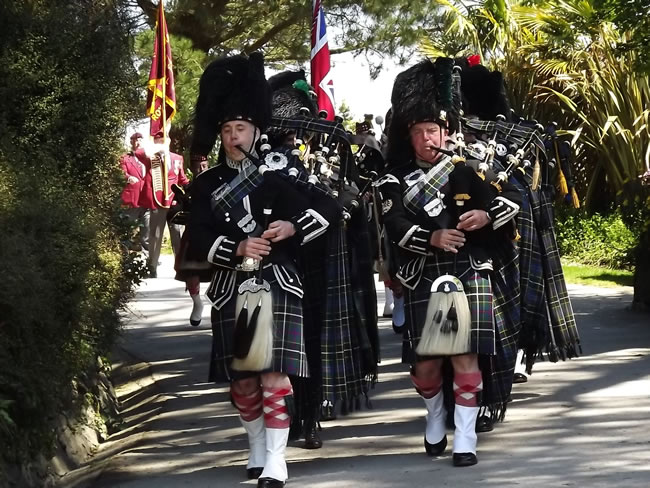 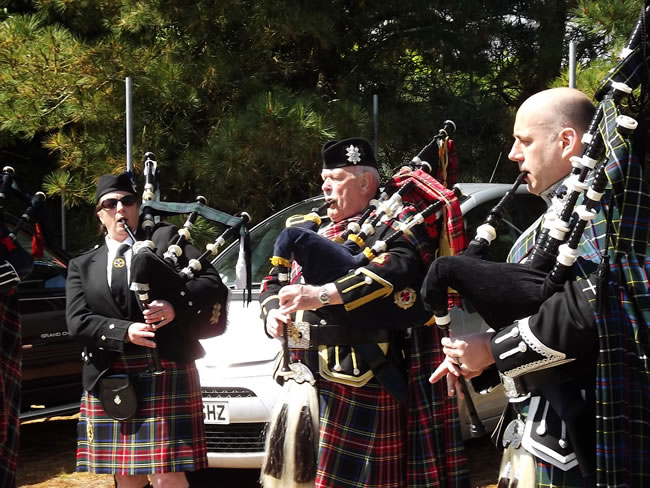 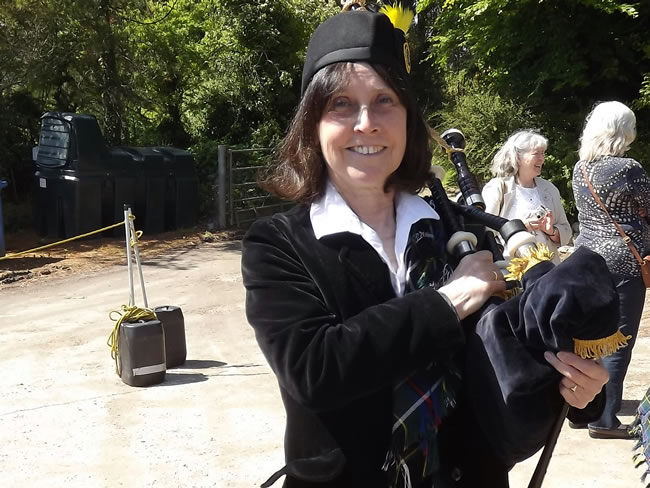 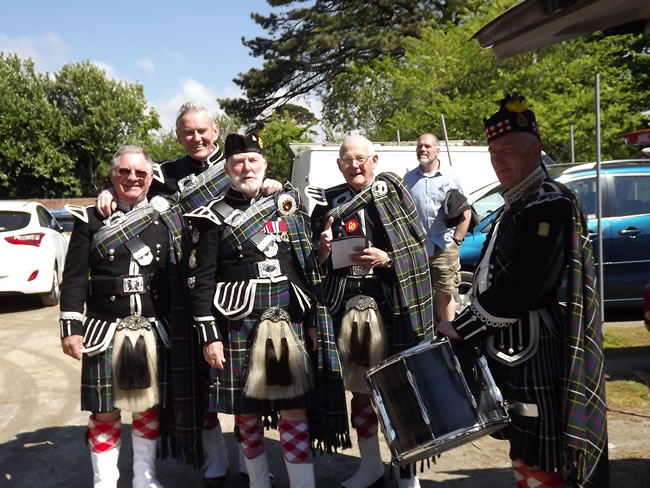 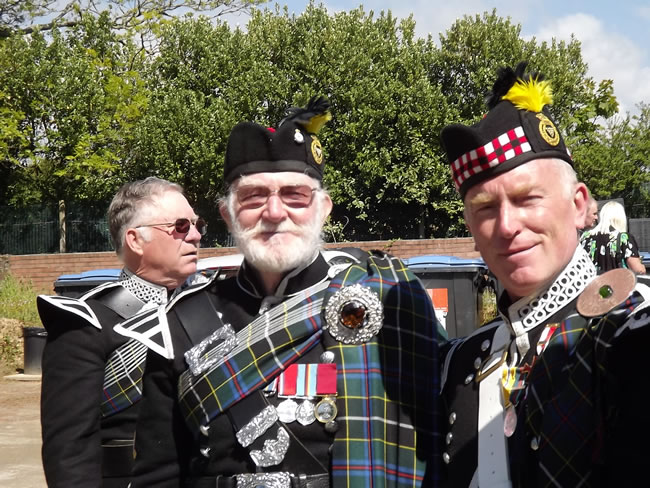 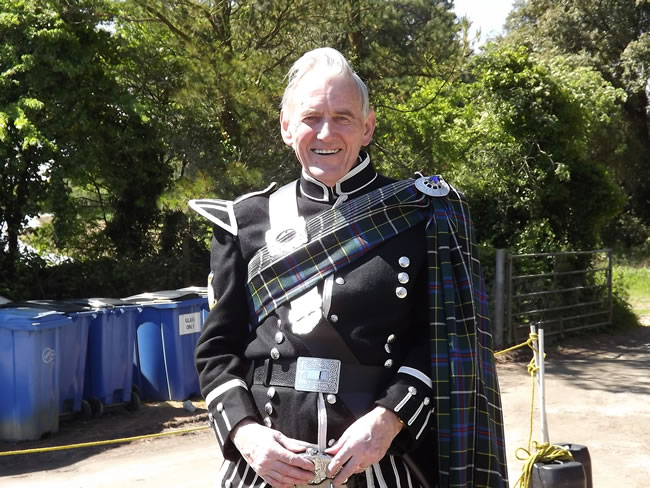 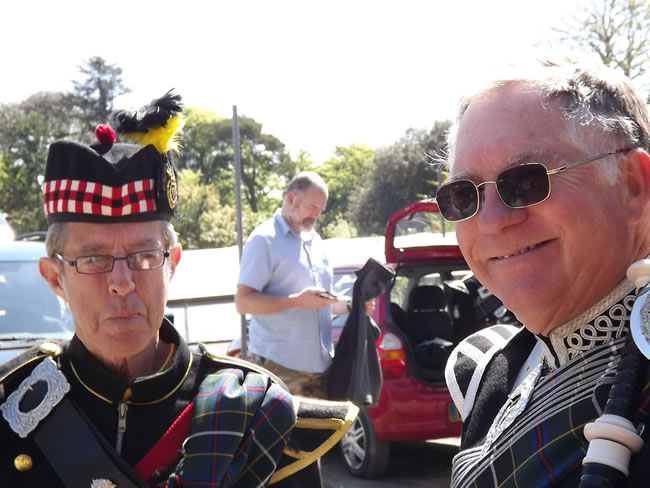 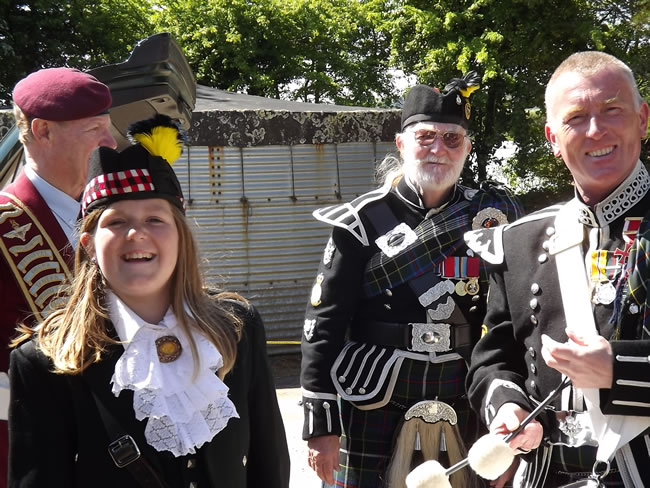 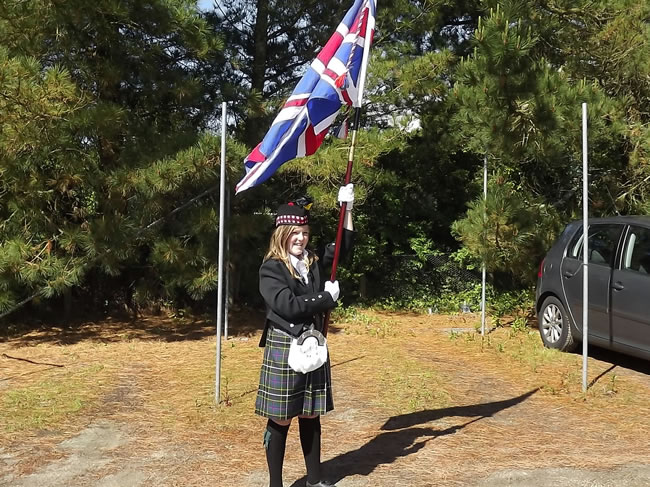