The Concourse D’elegance, a gathering of extraordinarily well preserved and maintained classic cars in St Mawes, was a day of surprises for many including the Band. The first to be surprised were all the owners of some very beautiful and expensive cars and those spectators who had come to see them plus the usual visitors just wandering around St Mawes.

For them their first surprise was hearing the sound of Pipes and Drums getting closer but not knowing from where until we broke cover and marched down to the Quayside across an A road with only our trust in Marie n Mark (former Polis) in yellow jackets to protect us from traffic. Yes, Kernow Pipes n Drums has its own version of the French Gilets Jaunes.

The next surprise was for the Band in that we found an area to circle up without knocking anybody over or damaging any Classic Cars. It was unusual but pleasant to be so close to our listeners with some folk being very close indeed and some wondering what a Pipe band were doing so far from home. Sadly we were not far enough from home for Alex,Ian,Keith and Vic to qualify for travel allowance!

Following our first performance we had the opportunity to get very close to some magnificent Cars and speak with owners or as was the case of Keith G being invited to sit in a gleaming old Rolls Royce. Two cars of note and notably different to each other was a 1931 8-litre Bentley and a 1966 drop-head Ferrari 275 with the latter valued at over £1million!

The second performance was a slightly different tune list which included the first public performance of our ‘Paddy be Easy’ set which incorporates a jig, slow air, strathspey and reel which represented the culmination of lots of hard work by the band and a big step forward in the band’s public portfolio. Following on from our performance was the prize-giving for the various categories with all awards being treated with applause particularly by those who knew the quality and value of what they were looking at. This signalled the end of a great day as one by one the cars were started up and drove a circuit of the village again to the delight of the spectators and some Band members who had re located to The Rising Sun with refreshment in hand.
Alex 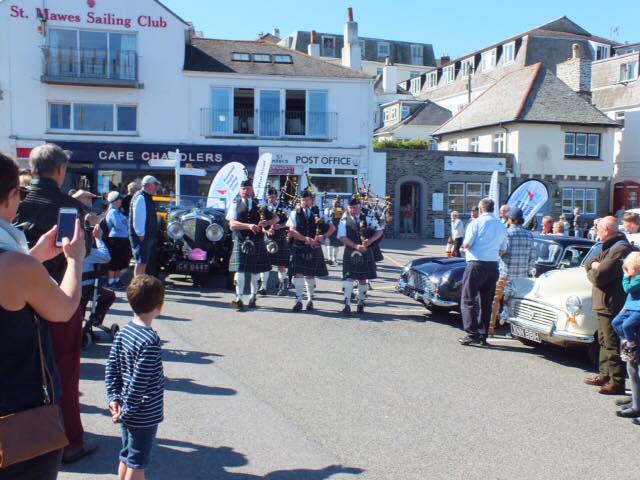 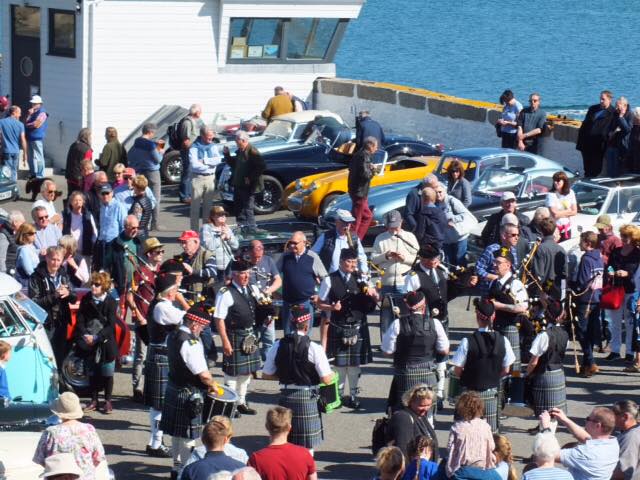