The Kernows joined the Parachute Regiment Association for the 75th commemoration of the Embarkation from the beach at Trebah of the American 29th Infantry Division during June 1944. The day was very well supported with many civic guests from the local area; representatives from the British and United States Armed Forces, the US Embassy; and of course, a good turn out from the Para Association as well. The VIPs also included our Patron, the Lord Lieutenant of Cornwall, Col Edward Bolitho OBE and Air Commodore John Bessel.

The Band formed up in front of a large Standards Party from the various local associations and Royal British Legion as well as a detachment of Sea Cadets to lead the parade on to the lawns at the top of the gardens. The drizzle settled in but we did not let that worry us during our performance after the Standards had ‘fallen out’.

A pasty for lunch and then it was a march down the garden with the Standards to the Drum Head Service next to the beach where Dave played ‘Hector the Hero’ during the wreath laying. The sun was now shining and we played another performance to the crowds and guests on the beach before returning to the house for a well earned ‘cuppa’ and a cream tea.

Nigel played the lament ‘Lest We Forget’ during the Sunset Ceremony to finish the Band’s duties for the day.

As usual, The Paras and Trebah had arranged for the display of historic military vehicles; an excellent scale model and display in the cafe; the ‘Belles’ wartime singing trio, a solo singer and two sea shanty groups. A great day out in a wonderful setting and a poignant reminder of events and sacrifices made in Europe 75 years ago.
Nigel 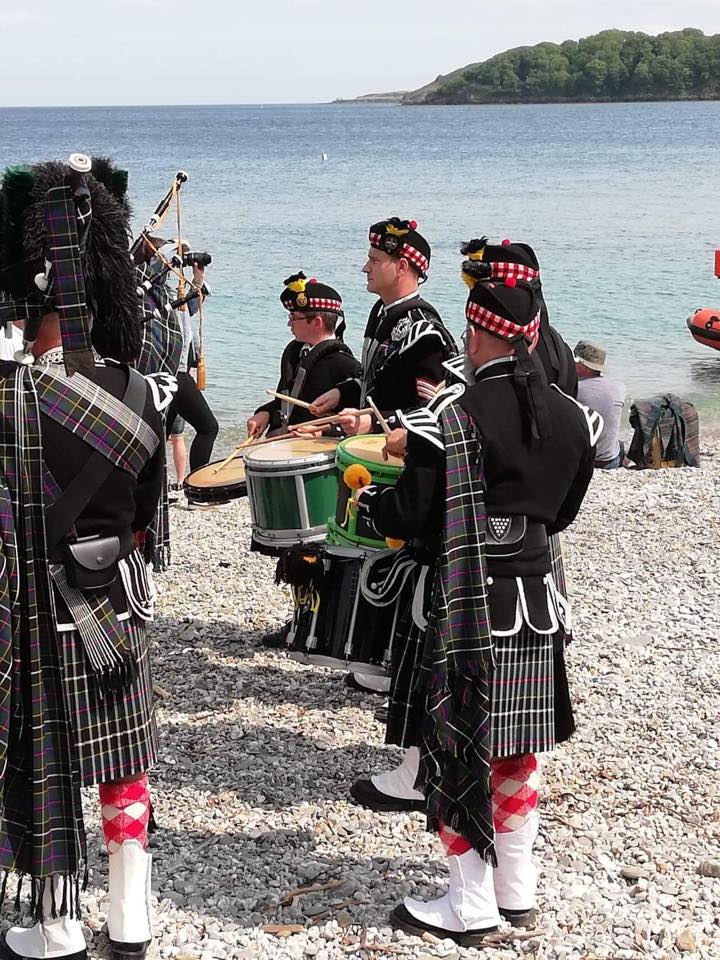 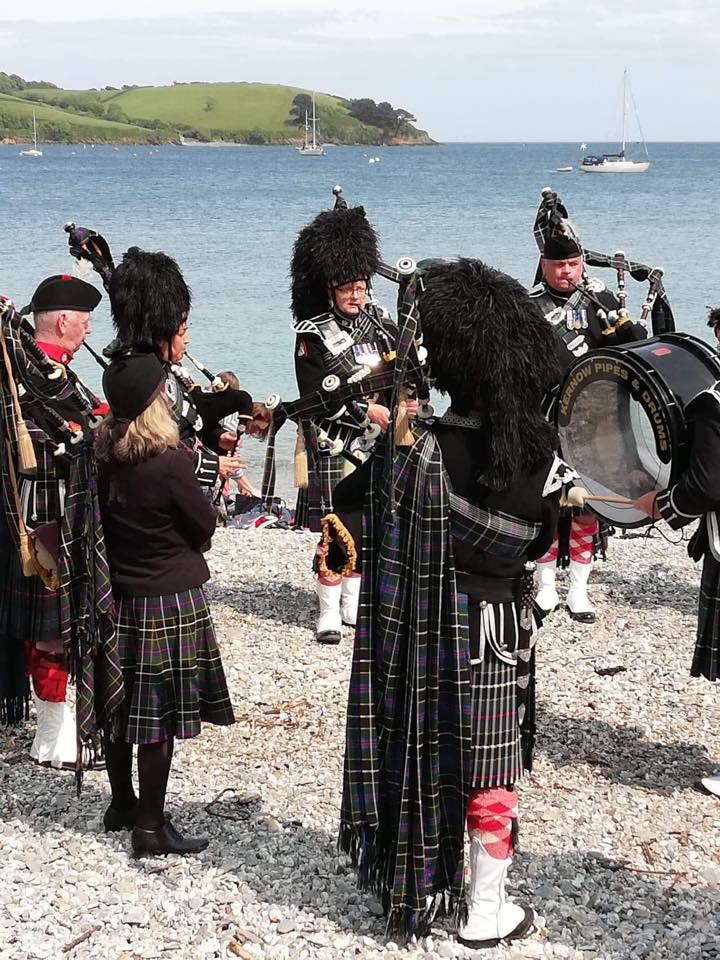 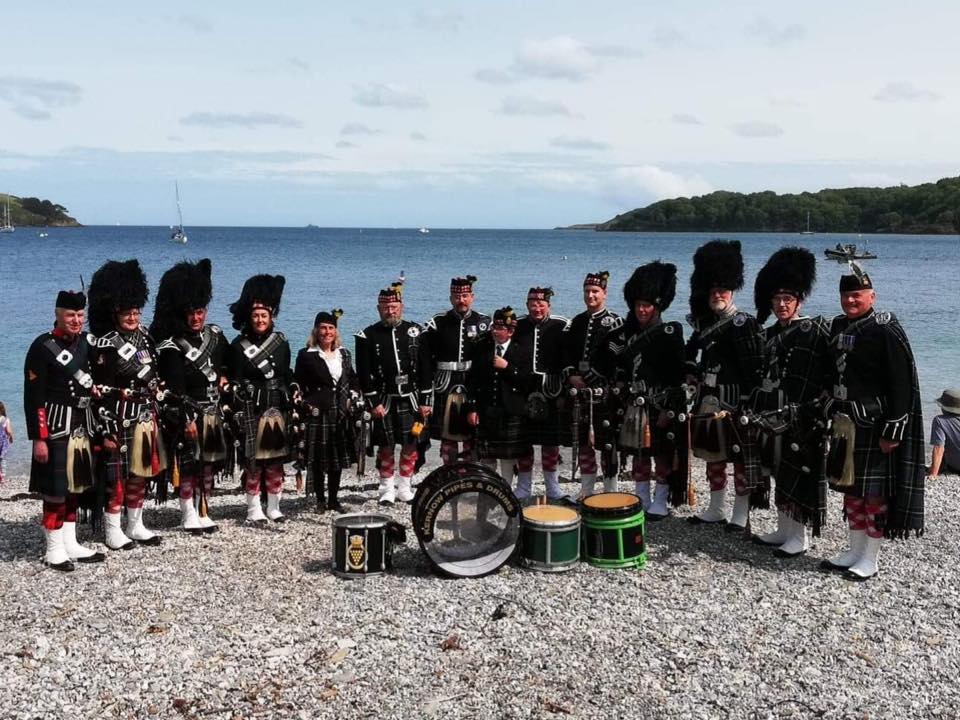